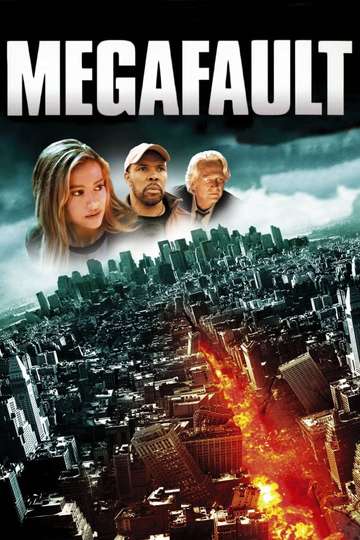 Want to watch 'MegaFault' on your TV, phone, or tablet? Searching for a streaming service to buy, rent, download, or watch the David Michael Latt-directed movie via subscription can be a huge pain, so we here at Moviefone want to do the heavy lifting.

We've listed a number of streaming and cable services - including rental, purchase, and subscription choices - along with the availability of 'MegaFault' on each platform when they are available. Now, before we get into the fundamentals of how you can watch 'MegaFault' right now, here are some particulars about the The Asylum science fiction flick.

Released October 10th, 2009, 'MegaFault' stars Brittany Murphy, Eriq La Salle, Paul Logan, Bruce Davison The PG-13 movie has a runtime of about 1 hr 30 min, and received a user score of 56 (out of 100) on TMDb, which assembled reviews from 59 knowledgeable users.

What, so now you want to know what the movie's about? Here's the plot: "When miner Charley 'Boomer' Baxter sets off a series of massive mining detonations in West Virginia, a gigantic earthquake is soon rocking the North Atlantic, exposing a deep seismic fault that runs the length of the North American continent. Joining forces with government seismology expert Dr Amy Lane, Boomer must now race against time to stop the chasm that is threatening to tear America - and the entire world - in half."

'MegaFault' is currently available to rent, purchase, or stream via subscription on Amazon Video, Tubi TV, The Roku Channel, and Pluto TV .

Meltdown: Days of Destruction
Skyfire
"The mountain is waking up"
Asteroid: Final Impact
"Saving mankind from a dark future."
Arctic Blast
"-70 Degrees and Dropping!"
The Earthquake
Eruption: LA
Lava Storm
"A family must survive the Lava Storms, which could mean the end of the world as we know it"
Snowmageddon
Global Meltdown
Disaster Zone: Volcano in New York
Asteroid vs Earth
"Heaven is falling, so Earth must move"
Nature Unleashed: Earthquake
"Where Will You Be?"
Earthquake
"When the big one finally hits L.A."
Super Eruption
"You Can't Fight Mother Nature."
Meltdown
Magma: Volcanic Disaster
Airplane vs Volcano
10.0 Earthquake
"The end is near."
Miami Magma
Asteroid
"The End Of The World Is Just Beginning."
Into the Inferno
"What we worship can destroy us"