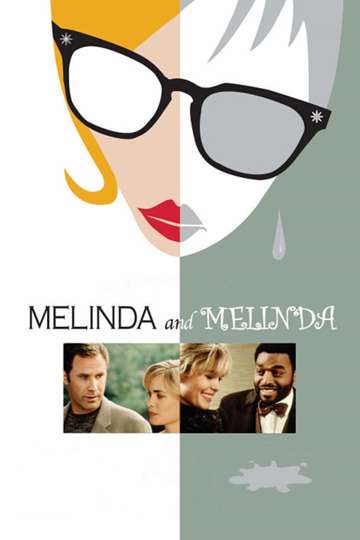 "Life can be a comedy or a tragedy, it all depends on how you look at it."
TMDb Score
63
PG-13 1 hr 40 minOct 29th, 2004Drama, Romance, Comedy
Director
Woody Allen
Starring
Chiwetel Ejioforas Ellis Moonsong
Will Ferrellas Hobie
Jonny Lee Milleras Lee Looking to watch 'Melinda and Melinda' on your TV, phone, or tablet? Finding a streaming service to buy, rent, download, or watch the Woody Allen-directed movie via subscription can be a challenge, so we here at Moviefone want to do the work for you.

Read on for a listing of streaming and cable services - including rental, purchase, and subscription options - along with the availability of 'Melinda and Melinda' on each platform. Now, before we get into all the details of how you can watch 'Melinda and Melinda' right now, here are some finer points about the Fox Searchlight Pictures, Gravier Productions drama flick.

Released October 29th, 2004, 'Melinda and Melinda' stars Chiwetel Ejiofor, Will Ferrell, Jonny Lee Miller, Radha Mitchell The PG-13 movie has a runtime of about 1 hr 40 min, and received a user score of 63 (out of 100) on TMDb, which assembled reviews from 322 experienced users.

You probably already know what the movie's about, but just in case... Here's the plot: "While dining out with friends, Sy suggests the difficulty of separating comedy from tragedy. To illustrate his point, he tells his guests two parallel stories about Melinda ; both versions have the same basic elements, but one take on her state of affairs leans toward levity, while the other is full of anguish. Each story involves Melinda coping with a recent divorce through substance abuse while beginning a romantic relationship with a close friend's husband."

New York Stories
Three stories happening in New York. The first, by Scorsese, is about...

Celebrity
The career and personal life of writer Lee are at a standstill, so he...

Small Time Crooks
A loser of a crook and his wife strike it rich when a botched bank job...

The Curse of the Jade Scorpion
CW Briggs is a veteran insurance investigator, with many successes. Be...

Alice
Alice Tate, mother of two, with a marriage of 16 years, finds herself...