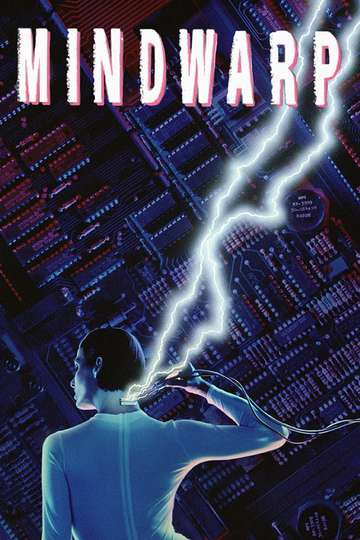 Yearning to watch 'Mindwarp' on your TV or mobile device at home? Discovering a streaming service to buy, rent, download, or watch the Steve Barnett-directed movie via subscription can be confusing, so we here at Moviefone want to take the pressure off.

We've listed a number of streaming and cable services - including rental, purchase, and subscription options - along with the availability of 'Mindwarp' on each platform when they are available. Now, before we get into the various whats and wheres of how you can watch 'Mindwarp' right now, here are some finer points about the Fangoria Films horror flick.

Released August 12th, 1992, 'Mindwarp' stars Bruce Campbell, Angus Scrimm, Marta Martin, Elizabeth Kent The R movie has a runtime of about 1 hr 31 min, and received a user score of 52 (out of 100) on TMDb, which assembled reviews from 56 top users.

Interested in knowing what the movie's about? Here's the plot: "Revolting mutants hunt human outcasts and underground fighters (Bruce Campbell, Marta Alicia) in a future world of mind control."

The Sender
"He has the power to make you live his nightmares... And he's dreaming about you."
Inventing the Abbotts
"When you want it all but can't have it, there's only one way to handle life... invent it."
Anatomy 2
"A new experiment in terror..."
I'll Always Know What You Did Last Summer
"What he knows might kill you…"
Gentleman's Agreement
A Bucket of Blood
"Will YOU join his human museum?"

Lost River
"Dive deep into the underwater town."
Mystic Pizza
"A romantic comedy with the works"
The Crime of Padre Amaro
"Lead us not into temptation"
Anatomy
"Some study. Some are studied."

Casanova
"He won every woman's heart. She won his."
How to Steal a Million
"A movie about those who appreciate the finest things in life... for free!"
Up Close & Personal
"Every Day we Have, is One More Than We Deserve."
Chopping Mall
"Where shopping costs you an arm and a leg!"
The Flesh and Blood Show
"An Appalling Amalgam of Carnage and Carnality"
The Brain That Wouldn't Die
"Alive... without a body... fed by an unspeakable horror from hell!"
Night of the Creeps
"The good news is your date is here. The bad news is.. he's dead."
Anywhere but Here
"A story of a mother who knows best... and a daughter who knows better."

An American Haunting
"Possession Knows No Bounds"
Loverboy
"Randy Bodek has no idea how to treat a woman . . . but he's working on it."
Children of the Night
"Be home before nightfall... and pray for dawn!"