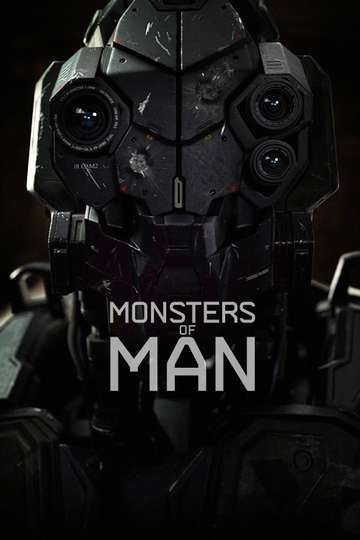 Need to watch 'Monsters of Man' on your TV, phone, or tablet? Hunting down a streaming service to buy, rent, download, or view the Mark Toia-directed movie via subscription can be a challenge, so we here at Moviefone want to help you out.

We've listed a number of streaming and cable services - including rental, purchase, and subscription choices - along with the availability of 'Monsters of Man' on each platform. Now, before we get into the fundamentals of how you can watch 'Monsters of Man' right now, here are some specifics about the MRT Films Pty Ltd, Hanuman Films, 11:11 Entertainment science fiction flick.

Released December 8th, 2020, 'Monsters of Man' stars Neal McDonough, Brett Tutor, Jose Rosete, David Haverty The R movie has a runtime of about 2 hr 12 min, and received a user score of 67 (out of 100) on TMDb, which put together reviews from 189 well-known users.

Interested in knowing what the movie's about? Here's the plot: "A robotics company vying to win a lucrative military contract team up with a corrupt CIA agent to conduct an illegal live field test. They deploy four weaponized prototype robots into a suspected drug manufacturing camp in the Golden Triangle, assuming they'd be killing drug runners that no one would miss. Six doctors on a humanitarian mission witness the brutal slaughter and become prime targets."

The Midnight Sky
A lone scientist in the Arctic races to contact a crew of astronauts r...

The Croods: A New Age
Searching for a safer habitat, the prehistoric Crood family discovers...

Fatman
A rowdy, unorthodox Santa Claus is fighting to save his declining busi...

Shadow in the Cloud
A WWII pilot traveling with top secret documents on a B-17 Flying Fort...

Greenland
John Garrity, his estranged wife and their young son embark on a peril...

What's Next for 'Arrow,' 'Legends of Tomorrow' and That Superhero Crossover

6 Things You Need to Know About 'Arrow' Season 4