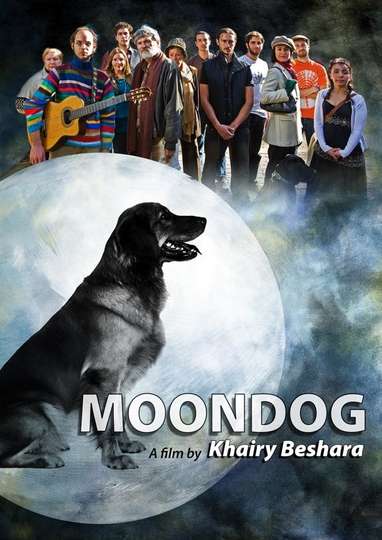 NR 2 hr 16 minDrama, Documentary
MOONDOG is a docufiction about the disappearance of Egyptian filmmaker Khairy Beshara, his subsequent transformation into a dog, and his son's (Robert) search for him. The documentary part deals with Khairy's family: his daughter's wedding, his wife's depression, his nephew's anger, his son-inlaw's geekiness, his late brother-in-law's wisdom, his son's strangeness, his sister's workaholism, his mother's religiosity, his niece's Americanism, and an Egyptian-American taxi driver's tale.
Show More
DirectorKhairy Beshara
StarringRobert BesharaSanaa B. FahmyMonika Kowalczyk
Movie DetailsFull Cast & Crew