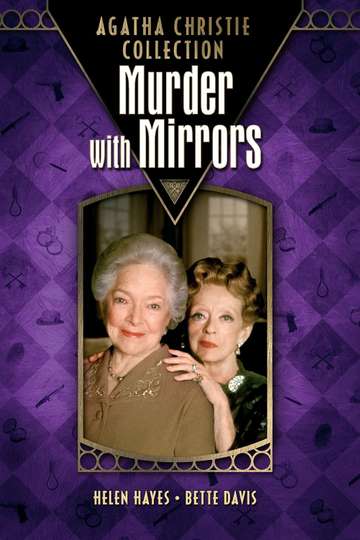 Looking to feast your eyes on 'Murder with Mirrors' in the comfort of your own home? Finding a streaming service to buy, rent, download, or watch the Dick Lowry-directed movie via subscription can be a challenge, so we here at Moviefone want to do right by you.

We've listed a number of streaming and cable services - including rental, purchase, and subscription alternatives - along with the availability of 'Murder with Mirrors' on each platform. Now, before we get into the fundamentals of how you can watch 'Murder with Mirrors' right now, here are some specifics about the Hajeno Productions Inc thriller flick.

Released February 20th, 1985, 'Murder with Mirrors' stars Helen Hayes, Bette Davis, John Mills, Leo McKern The movie has a runtime of about 1 hr 40 min, and received a user score of 65 (out of 100) on TMDb, which assembled reviews from 11 well-known users.

What, so now you want to know what the movie’s about? Here's the plot: "When Miss Marple arrives at palatial Stonygates, one thing is certain. Before there's time to lather a warm scone with marmalade and place a tea cozy, murder most foul is bound to occur. Helen Hayes returns as spinster sleuth Jane Marple and Leo McKern plays the crafty inspector who teams with her in this engaging, twisty case of country-house intrigue. Someone may be slowly poisoning the aging lady of the manor (the great Bette Davis in one of her last roles). Everyone but her dutiful husband (John Mills) has a motive. The snappish housekeeper? The pompous school kid? The gun-collecting American? The uneasy psychiatrist? The embittered daughter? It could be one of them. Some of them. None of them. People are dying - but not the elderly grand dame of Stonygates!"