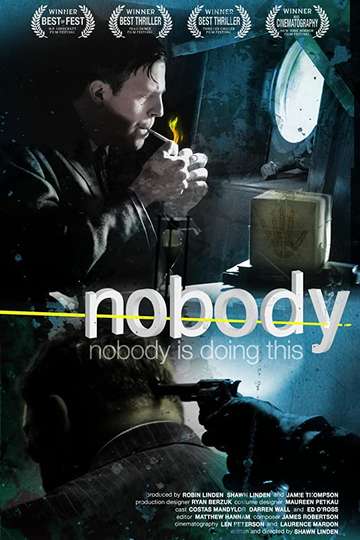 TMDb Score
49
NR 1 hr 25 minJul 28th, 2007Horror, Mystery, Science Fiction, Thriller, Crime
A cold-blooded killer gets caught up in a surreal game of death in this neo-noir thriller starring Costas Mandylor. The winter winds are whipping outside when the unremorseful assassin dispatches with his latest target. But this time something goes wrong. Time begins to fold in on itself when a shadowy assailant strikes out from the darkness, turning hunter into prey in the span of seconds. The mysterious pursuer seems to anticipate the killer's every move, and as events begin to repeat themselves nobody is who they seem. A sudden stranger to his friends and associates, the killer begins to question his sanity after fresh wounds vanish from his flesh without a trace. When an unexpected telephone call reveals that his intended target is still alive, he is forced to relive his actions time and again while speeding ever closer toward a confrontation with the one adversary who could bring about his downfall.
Show More
DirectorShawn Linden
StarringCostas MandylorDarren WallEd O'Ross
Where to WatchFull Cast & CrewBuy DVD