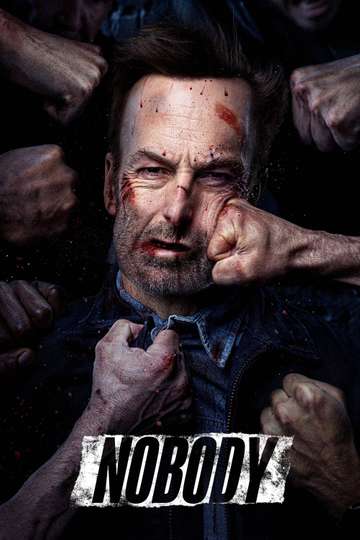 Nobody (2021)Stream and Watch Online Need to watch 'Nobody' in the comfort of your own home? Discovering a streaming service to buy, rent, download, or view the Ilya Naishuller-directed movie via subscription can be difficult, so we here at Moviefone want to help you out.

We've listed a number of streaming and cable services - including rental, purchase, and subscription choices - along with the availability of 'Nobody' on each platform. Now, before we get into the nitty-gritty of how you can watch 'Nobody' right now, here are some particulars about the Universal Pictures, 87North Productions, Odenkirk Provissiero Entertainment, Eighty Two Films, Perfect World Pictures thriller flick.

Released March 26th, 2021, 'Nobody' stars Bob Odenkirk, Aleksey Serebryakov, Connie Nielsen, Christopher Lloyd The R movie has a runtime of about 1 hr 32 min, and received a user score of 83 (out of 100) on TMDb, which collated reviews from 3,680 well-known users.

Curious to know what the movie's about? Here's the plot: "Hutch Mansell (Bob Odenkirk), is an underestimated and overlooked dad and husband, taking lifeâ€™s indignities on the chin and never pushing back. A nobody. When two thieves break into his suburban home one night, Hutch declines to defend himself or his family, hoping to prevent serious violence. His teenage son, Blake (Gage Munroe), is disappointed in him and his wife, Becca (Connie Nielsen), seems to pull only further away. The aftermath of the incident strikes a match to Hutchâ€™s long-simmering rage, triggering dormant instincts and propelling him on a brutal path that will surface dark secrets and lethal skills. In a barrage of fists, gunfire and squealing tires, Hutch must save his family from a dangerous adversary (Alexey Serebryakov)â€”and ensure that he will never be underestimated as a nobody again. "

Tom Clancy's Without Remorse
When a squad of Russian soldiers kills his family in retaliation for h...

Raya and the Last Dragon
Long ago, in the fantasy world of Kumandra, humans and dragons lived t...

The Virtuoso
A lonesome stranger with nerves of steel must track down and kill a ro...