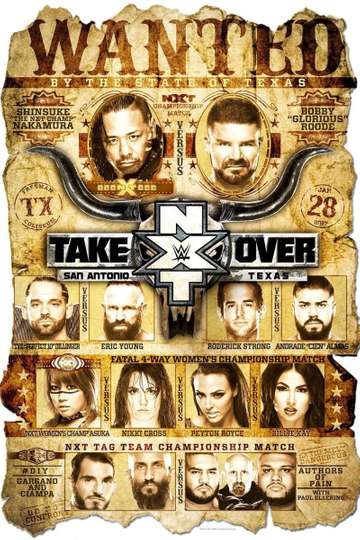 NXT TakeOver: San Antonio was a professional wrestling show in the NXT TakeOver series that took place on January 28, 2017, at the Freeman Coliseum in San Antonio, Texas. The event was produced by WWE for its NXT promotion, and was streamed live on the WWE Network. Shinsuke Nakamura defended his NXT Championship against Bobby Roode in the main event

Shinsuke Nakamura
as Himself
Robert Francis Roode Jr.
as Himself
Kanako Urai
as Asuka
Jessica McKay
as Billie Kay