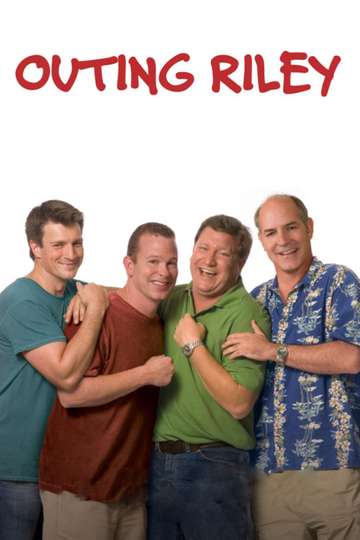 Fancy watching 'Outing Riley' on your TV, phone, or tablet? Finding a streaming service to buy, rent, download, or view the Pete Jones-directed movie via subscription can be a huge pain, so we here at Moviefone want to help you out.

Below, you’ll find a number of top-tier streaming and cable services - including rental, purchase, and subscription alternatives - along with the availability of 'Outing Riley' on each platform. Now, before we get into the various whats and wheres of how you can watch 'Outing Riley' right now, here are some details about the comedy flick.

Released October 10th, 2004, 'Outing Riley' stars Pete Jones, Nathan Fillion, Stoney Westmoreland, Dev Kennedy The NR movie has a runtime of about 1 hr 26 min, and received a user score of 64 (out of 100) on TMDb, which assembled reviews from 8 respected users.

Interested in knowing what the movie's about? Here's the plot: "Bobby Riley is an affable Irish-American guy-next-door, gay and still in the closet. Bobby's discomfort with being openly gay is a source of friction in his relationship with his partner, Andy. His sister, straight-talking lawyer Maggie, knows Bobby's secret, and when their father dies, she persuades him to come out to his three brothers. The revelation doesn't just surprise his brothers, it forces some other family secrets to be revealed."