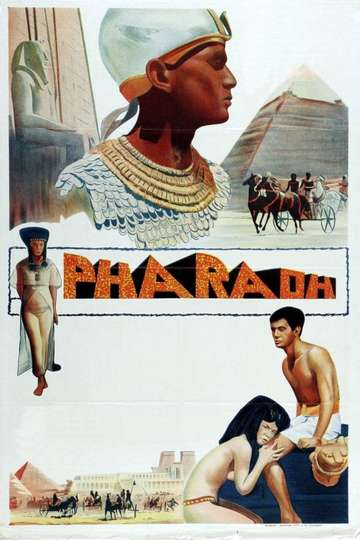 Want to watch 'Pharaoh' on your TV or mobile device at home? Tracking down a streaming service to buy, rent, download, or view the Jerzy Kawalerowicz-directed movie via subscription can be confusing, so we here at Moviefone want to do the heavy lifting.

We've listed a number of streaming and cable services - including rental, purchase, and subscription alternatives - along with the availability of 'Pharaoh' on each platform when they are available. Now, before we get into all the details of how you can watch 'Pharaoh' right now, here are some specifics about the Zespól Filmowy "Kadr" drama flick.

Released October 2nd, 1966, 'Pharaoh' stars Jerzy Zelnik, Barbara Brylska, Krystyna Mikołajewska, Ewa Krzyżewska The movie has a runtime of about 2 hr 55 min, and received a user score of 68 (out of 100) on TMDb, which compiled reviews from 51 top users.

What, so now you want to know what the movie's about? Here's the plot: "Young Pharaoh Ramses XIII clashes with Egypt's clergy over influence on the affairs of the state and its coffers. inexperienced, but quite ambitious pharaoh is putting up a fight against a powerful clan of priests usurping rule over the country." .