Dec 20, 2018 - In this fascinating feature, culled from story meetings between February 1938 and July 1939 (the film would eventually be released in February of 1940), Walt's original notes are recreated verbatim. The subject at hand is the Boobyland sequence, which would eventually become the Pleasure Island sequence. Of course, that sequence wound up being one of the most memorable parts of a movie made up exclusively of memorable parts, and would go on to help inspire Disneyland's "Pinocchio" attraction as well as the entire Pleasure Island section of Walt Disney World. Commentary from animation historian J.B. Kaufman and "Inside Out" director Pete Docter included. 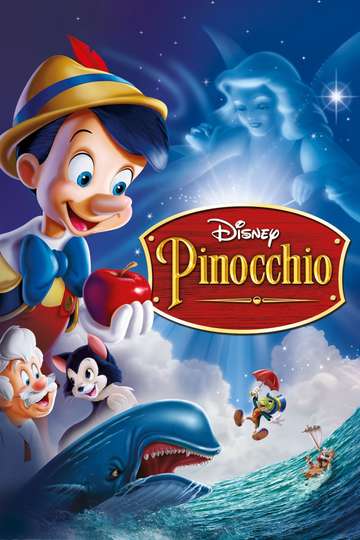 Peter Pan
"It will live in your heart forever!"
Lilo & Stitch
"There's one in every family."
The Fox and the Hound
"A story of two friends who didn't know they were supposed to be enemies."
Dumbo
"The One...The Only...The FABULOUS..."
The Little Mermaid
"Somewhere under the sea and beyond your imagination is an adventure in fantasy."
The Jungle Book
"The Jungle is JUMPIN'!"
Pocahontas
"An American legend comes to life."

Bambi
"A great love story."
One Hundred and One Dalmatians
"The Canine Caper of the Century"
Fantasia
"The most sensational sound you'll ever see!"
The Hunchback of Notre Dame
"Join the party!"
Beauty and the Beast
"The most beautiful love story ever told."
Robin Hood
"Meet Robin Hood and his MERRY MENagerie!"
Tarzan
"An immortal legend. As you've only imagined."
Snow White and the Seven Dwarfs
"The Happiest, Dopiest, Grumpiest, Sneeziest movie of the year."

Cinderella
"The greatest love story ever told."
Alice in Wonderland
"A world of wonders in one great picture!"
The Aristocats
"A tune-filled animated extravaganza."

Lady and the Tramp
"She's from the leash and license set... he's footloose and collar free!"

Sleeping Beauty
"Awaken to a World of Wonders!"
The Sword in the Stone
"Tired of living in a Medieval mess... Merlin uses all his magic powers to change a scrawny little boy into a legendary hero!"