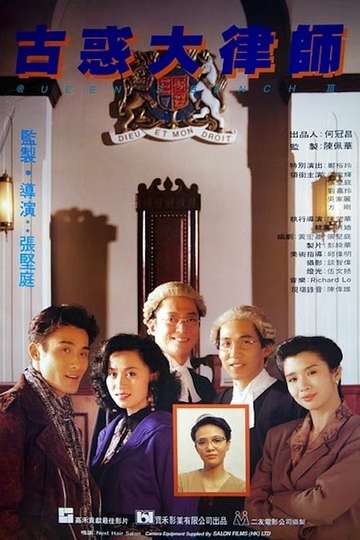 NR 1 hr 33 minComedy, Crime
After scoring a massive HK$20 million at the box office with the hit comedy Her Fatal Ways in 1990, the golden trio of Tony Leung Ka Fai, Carol Cheng ("Dodo"), and Alfred Cheung returned later that year with another winner in Queen's Bench III. Besides writing, directing, and producing, the talented Alfred Cheung also starred in the courtroom drama as Chang, an aspiring young lawyer who takes on the tricky case of defending for Fai (Tony Leung), a man charged with murdering a girl in the woods. Chang believes that Fai is innocent, but can he save the man and nail the real culprit with the treacherous prosecutor Fang (screen villain Sunny Fang Kang) on the opposing side? Luckily, Chang gets some help from Carrie Ng as a fellow lawyer, Carina Lau as Fai's girlfriend and a witness, and Dodo who makes a cameo appearance as Chang's aunt.
Show More
DirectorAlfred Cheung Kin-Ting
StarringTony Leung Ka-faiCarina LauAlfred Cheung Kin-Ting
Full Cast & Crew