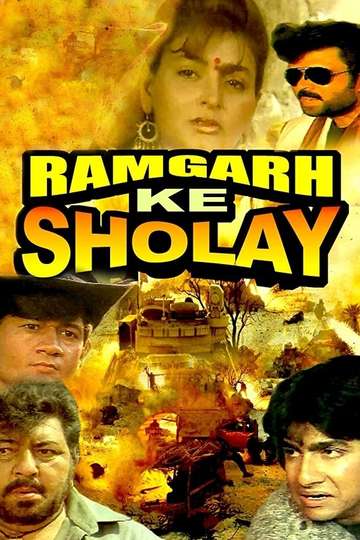 Fancy watching 'Ramgarh Ke Sholay' on your TV, phone, or tablet? Searching for a streaming service to buy, rent, download, or view the Ajit Dewani-directed movie via subscription can be confusing, so we here at Moviefone want to help you out.

Read on for a listing of streaming and cable services - including rental, purchase, and subscription alternatives - along with the availability of 'Ramgarh Ke Sholay' on each platform. Now, before we get into the various whats and wheres of how you can watch 'Ramgarh Ke Sholay' right now, here are some finer points about the Charmi Films flick.

Released , 'Ramgarh Ke Sholay' stars Amjad Khan, Dinesh Hingoo, Kishore Anand Bhanushali The movie has a runtime of about 2 hr 3 min, and received a user score of 60 (out of 100) on TMDb, which put together reviews from 1 knowledgeable users.

'Ramgarh Ke Sholay' is currently available to rent, purchase, or stream via subscription on Amazon Video .