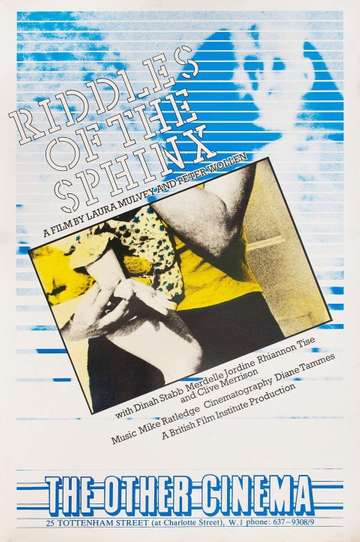 Riddles of the SphinxStream and Watch Online

Yearning to watch 'Riddles of the Sphinx' on your TV, phone, or tablet? Finding a streaming service to buy, rent, download, or watch the Peter Wollen-directed movie via subscription can be difficult, so we here at Moviefone want to do right by you.

Below, you’ll find a number of top-tier streaming and cable services - including rental, purchase, and subscription options - along with the availability of 'Riddles of the Sphinx' on each platform. Now, before we get into the nitty-gritty of how you can watch 'Riddles of the Sphinx' right now, here are some specifics about the BFI drama flick.

Released , 'Riddles of the Sphinx' stars Dinah Stabb, Clive Merrison, Laura Mulvey, Carole James The movie has a runtime of about 1 hr 32 min, and received a user score of 49 (out of 100) on TMDb, which compiled reviews from 8 top users.

What, so now you want to know what the movie’s about? Here's the plot: "Mulvey's readings of the myth of Oedipus and the sphinx are layered atop 360Âº panning shots of various locales; the protagonist appears in elliptically-edited sequences."

'Riddles of the Sphinx' is currently available to rent, purchase, or stream via subscription on OVID .