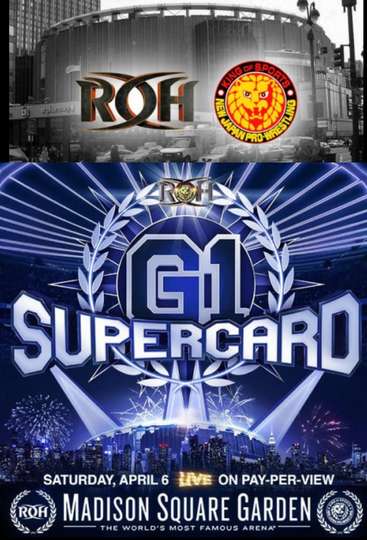 NR 4 hr 29 minApr 6th, 2019Action
For 16 years, Ring of Honor Wrestling has created some of the top stars in professional wrestling, and for nearly 50 years, New Japan Pro-Wrestling has brought Japanese Strong Style to the world. Together, these two companies have delivered world class shows such as “War of the Worlds,” “Strong Style Evolved,” “Global Wars,” “Honor Rising,” and the “G1 Special,” which NJPW has launched as a special kickoff in the United States to their annual “G1 Climax,” known as one of the most elite tournaments in professional wrestling. ROH and NJPW are proud to announce that on April 6th, 2019, the companies will join forces to present the ultimate wrestling event, “G1 Supercard,” to fans from around the world, LIVE from Madison Square Garden in New York City!
Show More
StarringKazuchika OkadaJay WhiteJamar Shipman
Full Cast & Crew