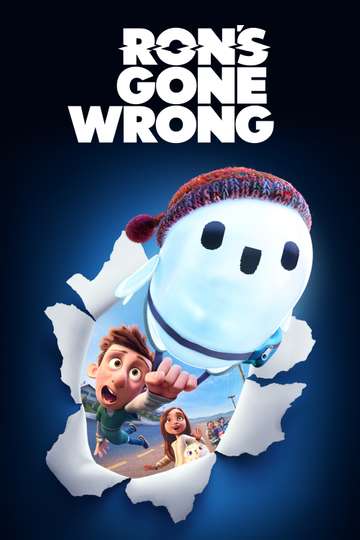 Want to watch 'Ron's Gone Wrong' on your TV, phone, or tablet? Hunting down a streaming service to buy, rent, download, or view the Sarah Smith-directed movie via subscription can be confusing, so we here at Moviefone want to help you out.

Read on for a listing of streaming and cable services - including rental, purchase, and subscription options - along with the availability of 'Ron's Gone Wrong' on each platform. Now, before we get into the various whats and wheres of how you can watch 'Ron's Gone Wrong' right now, here are some specifics about the Locksmith Animation, 20th Century Studios, 20th Century Animation, TSG Entertainment, Double Negative (DNEG) comedy flick.

Released October 22nd, 2021, 'Ron's Gone Wrong' stars Zach Galifianakis, Jack Dylan Grazer, Ed Helms, Olivia Colman The PG movie has a runtime of about 1 hr 46 min, and received a user score of 83 (out of 100) on TMDb, which collated reviews from 705 respected users.

What, so now you want to know what the movie’s about? Here's the plot: "In a world where walking, talking, digitally connected bots have become children's best friends, an 11-year-old finds that his robot buddy doesn't quite work the same as the others do."

Clifford the Big Red Dog
As Emily struggles to fit in at home and at school, she discovers a sm...

The Rescue
The enthralling, against-all-odds story that transfixed the world in 2...

Diary of a Wimpy Kid
Greg Heffley is a scrawny but ambitious kid with an active imagination...

Spider-Man: No Way Home
Peter Parker is unmasked and no longer able to separate his normal lif...

1000 Miles from Christmas
A Christmas tale, a romantic comedy and the story of a man in his 30s...