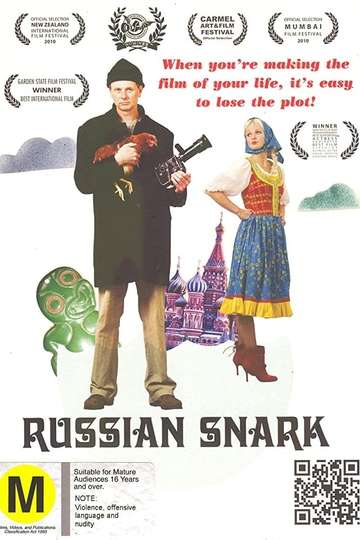 "When you're making the film of your life, it's easy to lose the plot!"
TMDb Score
60
NR 1 hr 19 minDrama, Comedy
Misha (Stephen Papps), a once celebrated filmmaker who has fallen on hard times, resolves to leave his homeland in search of a film-friendly country where he can pursue his career. With his wife Nadia (Elena Stejko) in tow he sets sail from Russia in a tiny lifeboat, drifting cross the Pacific to finally arrive in New Zealand. Before long Misha realises that New Zealand is no more receptive to his ideas and aesthetic than Russia. Yet he perseveres with his experimental film, ignoring his wife’s pleas to find work. Misha increasingly withdraws into himself, and his relationship with Nadia collapses. Alone, his obsessions take hold and he steadily descends into madness. Only a chance encounter with a young Polynesian woman saves him from the ultimate act of self-destruction. His friendship with Roseanna (Stephanie Tauevihi) inspires a re-awakening, as he begins to reconnect with the world around him.
Show More
DirectorStephen Sinclair
StarringStephen PappsElena StejkoStephanie Tauevihi
Full Cast & Crew