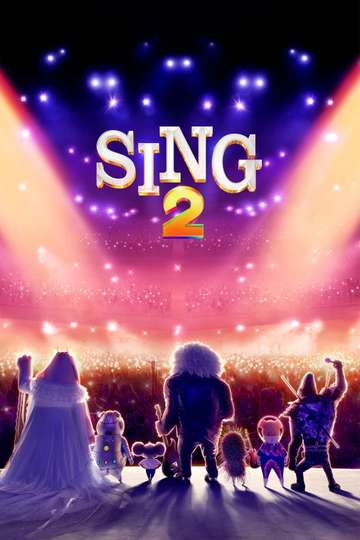 Want to watch 'Sing 2' on your TV, phone, or tablet? Finding a streaming service to buy, rent, download, or view the Garth Jennings-directed movie via subscription can be tricky, so we here at Moviefone want to take the pressure off.

We've listed a number of streaming and cable services - including rental, purchase, and subscription options - along with the availability of 'Sing 2' on each platform when they are available. Now, before we get into the nitty-gritty of how you can watch 'Sing 2' right now, here are some details about the Universal Pictures, Illumination adventure flick.

Released December 22nd, 2021, 'Sing 2' stars Matthew McConaughey, Reese Witherspoon, Scarlett Johansson, Taron Egerton The PG movie has a runtime of about 1 hr 50 min, and received a user score of 80 (out of 100) on TMDb, which collated reviews from 3,201 well-known users.

What, so now you want to know what the movie's about? Here's the plot: "Buster and his new cast now have their sights set on debuting a new show at the Crystal Tower Theater in glamorous Redshore City. But with no connections, he and his singers must sneak into the Crystal Entertainment offices, run by the ruthless wolf mogul Jimmy Crystal, where the gang pitches the ridiculous idea of casting the lion rock legend Clay Calloway in their show. Buster must embark on a quest to find the now-isolated Clay and persuade him to return to the stage."

The Mitchells vs. the Machines
"Saving the world can be a trip."

Jerry & Marge Go Large
"It's never too late to risk it all."

Eternals
"In the beginning..."
Redcon-1
"War Has Just Evolved."
Kitty Love: An Homage to Cats

The Bad Guys
"Good is no fun at all."
Confessing My Ass
NTSB: The Crash of Flight 323