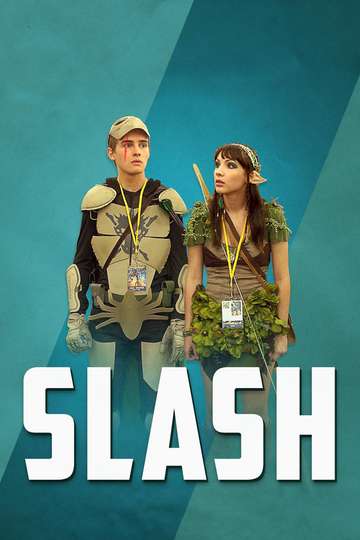 Need to watch 'Slash' on your TV or mobile device at home? Hunting down a streaming service to buy, rent, download, or watch the Clay Liford-directed movie via subscription can be a huge pain, so we here at Moviefone want to do the work for you.

Read on for a listing of streaming and cable services - including rental, purchase, and subscription choices - along with the availability of 'Slash' on each platform when they are available. Now, before we get into the nitty-gritty of how you can watch 'Slash' right now, here are some finer points about the Arts+Labor, Well Tailored Films, Boxcar Films comedy flick.

Released , 'Slash' stars Michael Johnston, Hannah Marks, Michael Ian Black, Burnie Burns The movie has a runtime of about 1 hr 41 min, and received a user score of 58 (out of 100) on TMDb, which collated reviews from 36 top users.

You probably already know what the movie's about, but just in case... Here's the plot: "Freshman Neil's Vanguard stories are all he cares about...until he meets the older Julia, who pushes him to put his own fan fic online. When the website's moderator takes a special interest in Neil's work, it opens up a whole new universe."

Hannah Marks To Direct 'Turtles All the Way Down,' Set Record as Youngest Female Studio Director