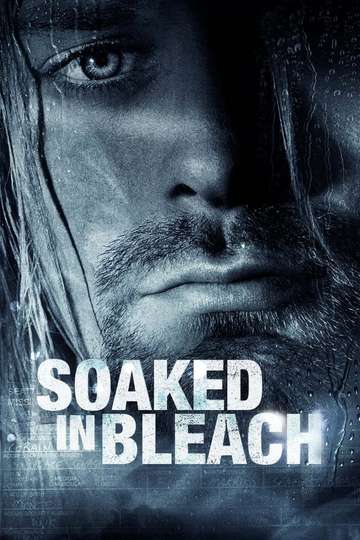 Want to behold the glory that is 'Soaked in Bleach' on your TV, phone, or tablet? Searching for a streaming service to buy, rent, download, or watch the Benjamin Statler-directed movie via subscription can be difficult, so we here at Moviefone want to do right by you.

Below, you'll find a number of top-tier streaming and cable services - including rental, purchase, and subscription choices - along with the availability of 'Soaked in Bleach' on each platform when they are available. Now, before we get into the fundamentals of how you can watch 'Soaked in Bleach' right now, here are some finer points about the Valiant, DareDevil Films documentary flick.

Released June 11th, 2015, 'Soaked in Bleach' stars Kurt Cobain, Daniel Roebuck, Sarah Scott, August Emerson The movie has a runtime of about 1 hr 40 min, and received a user score of 71 (out of 100) on TMDb, which assembled reviews from 154 well-known users.

Interested in knowing what the movie's about? Here's the plot: "Twenty years ago, Kurt Cobain was found dead of an apparent gunshot wound to the head. The world was told it was a suicide, but evidence would lead many people to believe it might be otherwise. The film investigates the possibilities that exist that Kurt Cobain's death might not have been a suicide, that the Seattle Police Department rushed their verdict, and the global media perpetuated lies and misinformation fed to them by Courtney Love that created the belief in many that Cobain killed himself—but when revealed to be lies—lead many to now question what happened."

X-Men: Days of Future Past
"To save the future, they must alter the past."
Cobain: Montage of Heck

Jurassic World
"The park is open."

Amélie
"One person can change your life forever."

Chappie
"I am consciousness. I am alive. I am Chappie."