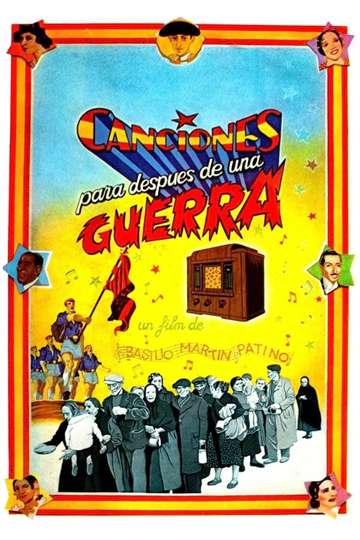 Songs for After a War

TMDb Score
71
NR 1 hr 39 minDocumentary
This is a masterpiece of found footage and archival cinema largely ignored. Using vast collections of photographs and family films acquired in the flea markets and to expatriates, combined with images produced by mass media and Franco official regime, this film traces the history of the people of Spain from civil war to the raising mass culture and consumption in the '70s. The "particularity" is that all the chapters are distinguished among them by a popular song, related with the content shown, with deals with the invented and surrealistic world invented by people to survive in starvation, repression and lack of freedom. This strategy takes that to the origins of cinema, to the cabaret, and to cinema as a colective party in the theater.
Show More
DirectorBasilio MartÃ­n Patino
StarringCelia GÃ¡mezImperio ArgentinaMiguel de Molina
Movie DetailsFull Cast & Crew