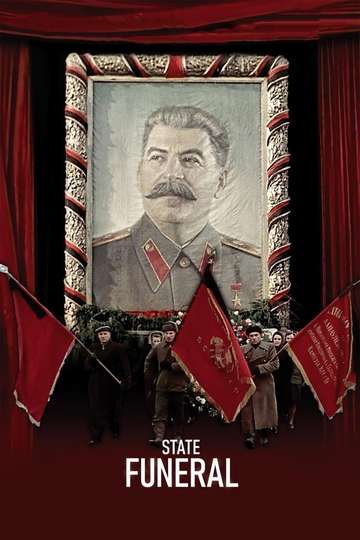 Want to watch 'State Funeral' on your TV, phone, or tablet? Hunting down a streaming service to buy, rent, download, or watch the Sergey Loznitsa-directed movie via subscription can be tricky, so we here at Moviefone want to do the heavy lifting.

Read on for a listing of streaming and cable services - including rental, purchase, and subscription alternatives - along with the availability of 'State Funeral' on each platform. Now, before we get into the fundamentals of how you can watch 'State Funeral' right now, here are some details about the Atoms & Void, Studio Uljana Kim, Nutprdukce, Current Time TV documentary flick.

Released September 28th, 2019, 'State Funeral' stars Joseph Stalin, Nikita Khrushchev, Lavrentiy Beria, Vyacheslav Molotov The movie has a runtime of about 2 hr 15 min, and received a user score of 70 (out of 100) on TMDb, which assembled reviews from 12 respected users.

You probably already know what the movie's about, but just in case... Here's the plot: "The enigma of the personality cult is revealed in the grand spectacle of Stalin’s funeral. The film is based on unique archive footage, shot in the USSR on March 5 - 9, 1953, when the country mourned and buried Joseph Stalin."