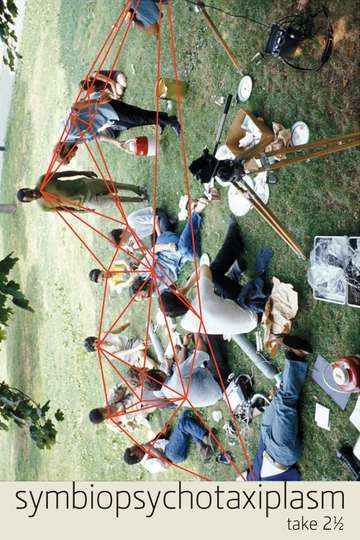 Fancy watching 'Symbiopsychotaxiplasm: Take 2 ½' on your TV or mobile device at home? Searching for a streaming service to buy, rent, download, or view the William Greaves-directed movie via subscription can be difficult, so we here at Moviefone want to take the pressure off.

We've listed a number of streaming and cable services - including rental, purchase, and subscription options - along with the availability of 'Symbiopsychotaxiplasm: Take 2 ½' on each platform. Now, before we get into the nitty-gritty of how you can watch 'Symbiopsychotaxiplasm: Take 2 ½' right now, here are some finer points about the Take One Productions documentary flick.

Released January 1st, 2005, 'Symbiopsychotaxiplasm: Take 2 ½' stars William Greaves, Steve Buscemi, Audrey Heningham, Shannon Baker The movie has a runtime of about 1 hr 39 min, and received a user score of 64 (out of 100) on TMDb, which put together reviews from 7 knowledgeable users.

You probably already know what the movie's about, but just in case... Here's the plot: "A movie about making movies about making movies. In 1968, William Greaves shot several pairs of actors in a scene in which a woman confronts her husband and ends their relationship. In "Take 2 1/2," Greaves starts with 1968 takes of one of these pairs of actors plus footage of the crew discussing the film's progress. Then, 35 years later, Greaves brings back to Central Park those actors and some of the original crew (plus others) to film a reunion of the characters Alice and Freddie. We watch scenes of these characters and discussions among the actors and crew. Greaves explores and dramatizes the dialectic in the creative process."

'Symbiopsychotaxiplasm: Take 2 ½' is currently available to rent, purchase, or stream via subscription on Criterion Channel .

15 Things You Never Knew About 'The Big Lebowski'