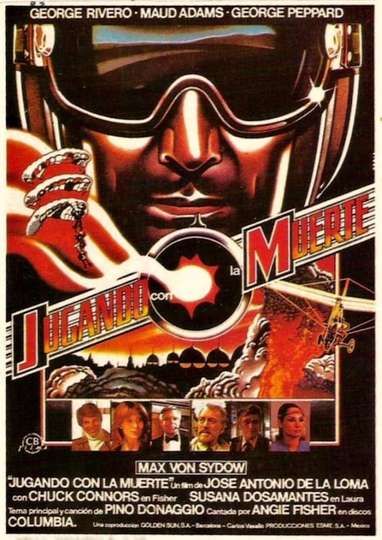 TMDb Score
53
NR 1 hr 40 minAdventure, Action, Crime
A Spanish police chief hires an undercover agent (a Jewish mercenary(?)) to infiltrate a gang of heroin smugglers. The mercenary is code-named Eagle because of a tattoo. Infiltrating the gang, he uses a female agent as a point of contact. However, as he gets deeper into the gang, he discovers that there bigger goings-on than dope. The gang is involved in the transportation of smuggled uranium for the manufacture of nuclear arms for sale to Libya and other aspiring third world countries. Things get even stickier when a ruthless bad guy shows up and he turns out to be one of Eagle's former cohorts in the Foreign Legion.
Show More
DirectorJosÃ© Antonio de la Loma
StarringJorge RiveroMaud AdamsGeorge Peppard
Where to WatchFull Cast & Crew