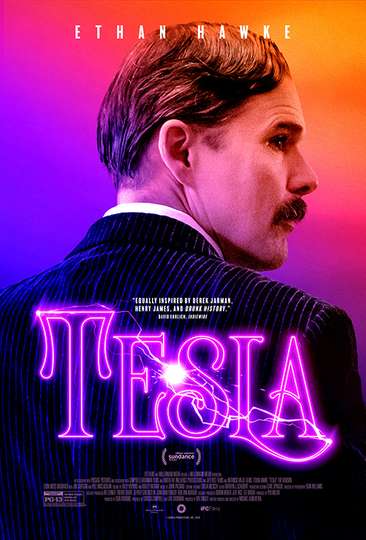 Want to watch 'Tesla' on your TV, phone, or tablet? Tracking down a streaming service to buy, rent, download, or view the Michael Almereyda-directed movie via subscription can be confusing, so we here at Moviefone want to do the heavy lifting.

Read on for a listing of streaming and cable services - including rental, purchase, and subscription alternatives - along with the availability of 'Tesla' on each platform when they are available. Now, before we get into the various whats and wheres of how you can watch 'Tesla' right now, here are some particulars about the Millennium Films, Intrinsic Value Films, Campbell Grobman Films, Jeff Rice Films, Passage Pictures, Under the Influence Productions history flick.

Curious to know what the movie's about? Here's the plot: "The story of the Promethean struggles of Nikola Tesla, as he attempts to transcend entrenched technology—including his own previous work—by pioneering a system of wireless energy that would change the world."

Project Power
"What would you risk for five minutes of pure power?"

Sputnik
"The only survivor did not come back alone"

Hacksaw Ridge
"One of the greatest heroes in American history never fired a bullet."
Carnage
"A new comedy of no manners"

Mulan
Jurassic Park
"An adventure 65 million years in the making."