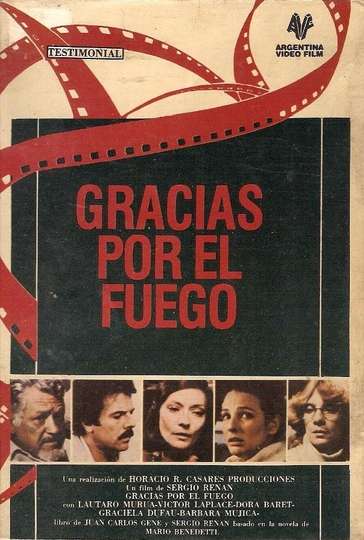 Thanks for the Fire

TMDb Score
70
NR 1 hr 35 minDrama
The failure of Budiño Ramon, who plans first murder of his father and is recognized after unable to carry it out, is due largely to the general attitude of a society that tolerates no dramatic gestures. However, the inadequacies of radical class, beliefs, feelings, profession and memory also plays a leading role in the drama.
Show More
DirectorSergio Renán
StarringLautaro MurúaVÃ­ctor LaplaceDora Baret
Movie DetailsFull Cast & Crew