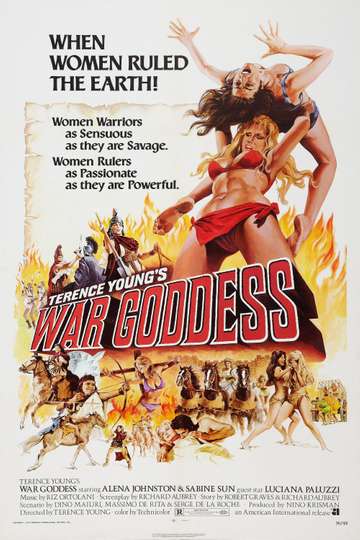 The Amazons (1975)Stream and Watch Online

Looking to watch 'The Amazons' in the comfort of your own home? Hunting down a streaming service to buy, rent, download, or watch the Terence Young-directed movie via subscription can be confusing, so we here at Moviefone want to take the pressure off.

Below, you'll find a number of top-tier streaming and cable services - including rental, purchase, and subscription options - along with the availability of 'The Amazons' on each platform when they are available. Now, before we get into the nitty-gritty of how you can watch 'The Amazons' right now, here are some specifics about the Films Montana, Les Films de la Boétie, Monteluce Film action flick.

Released March 1st, 1975, 'The Amazons' stars Alena Johnston, Sabine Sun, Rosanna Yanni, Helga Liné The R movie has a runtime of about 1 hr 40 min, and received a user score of 50 (out of 100) on TMDb, which collated reviews from 13 experienced users.

Interested in knowing what the movie's about? Here's the plot: "lena Johnston is Antione, the War Goddess of the Amazons, who must mate with the Greek king Theseus to propogate her race. Traditionally this is done only out of duty, but this time she falls in love with her "boy toy"... a definite no-no for an Amazon queen. Helmed by James Bond director Terence Young and based on a story co-authored by Robert Graves, this sexy and spectacular entry in the sword-and-sandal genre features an incredible bevy of Euro-cult starlets including Rosanna Yanni, Helga Line and Luciana Paluzzi, plus a lyrical score by Academy Award-winner Riz Ortolani." .