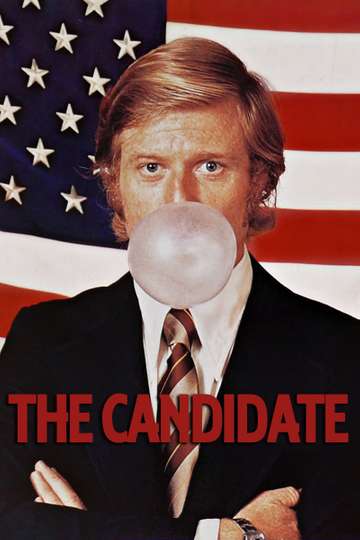 The Candidate (1972)Stream and Watch Online

Fancy watching 'The Candidate' in the comfort of your own home? Hunting down a streaming service to buy, rent, download, or view the Michael Ritchie-directed movie via subscription can be confusing, so we here at Moviefone want to do the work for you.

We've listed a number of streaming and cable services - including rental, purchase, and subscription options - along with the availability of 'The Candidate' on each platform. Now, before we get into the fundamentals of how you can watch 'The Candidate' right now, here are some details about the Redford-Ritchie Productions, Warner Bros. Pictures comedy flick.

Released June 29th, 1972, 'The Candidate' stars Robert Redford, Peter Boyle, Melvyn Douglas, Don Porter The PG movie has a runtime of about 1 hr 50 min, and received a user score of 67 (out of 100) on TMDb, which assembled reviews from 116 knowledgeable users.

You probably already know what the movie's about, but just in case... Here's the plot: "Bill McKay is a candidate for the U.S. Senate from California. He has no hope of winning, so he is willing to tweak the establishment."

Gone with the Wind
The spoiled daughter of a well-to-do plantation owner is forced to use...

The Sting
Set in the 1930s this intricate caper deals with an ambitious small-ti...

All the President's Men
During the 1972 elections, two reporters' investigation sheds light on...

The Natural
An unknown middle-aged batter named Roy Hobbs with a mysterious past a...

To Kill a Mockingbird
Scout Finch, 6, and her older brother Jem live in sleepy Maycomb, Alab...