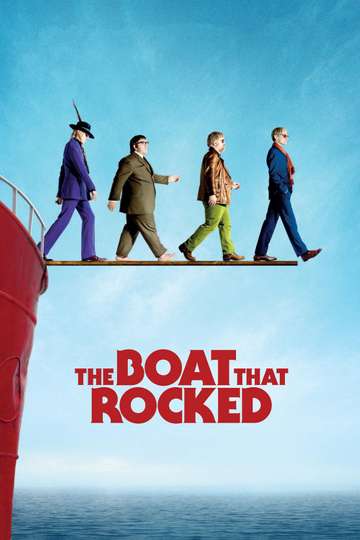 "On air. Off shore. Out of control."
TMDb Score
73
R 2 hr 15 minNov 13th, 2009Drama, Comedy
The Boat That Rocked is an ensemble comedy, where the romance is between the young people of the 60s, and pop music. It's about a band of DJs that captivate Britain, playing the music that defines a generation and standing up to a government that wanted control of popular culture via the British Broadcasting Corporation. Loosely based on the events in Britain in the 60's when the Labour government of Harold Wilson, wanted to bring the pirate radio stations under control, enough to see the passage of the Marine Broadcasting Offences Act on 15 August 1967. Also known as "Pirate Radio".
Show More
DirectorRichard Curtis
StarringTom SturridgePhilip Seymour HoffmanRhys Ifans Danny Boyle's 'Yesterday' Trailer Imagines a World Without the Beatles

The Mysteries of Pittsburgh
Based on Michael Chabon's novel, the film chronicles the defining summ...

School of Rock
Fired from his band and hard up for cash, guitarist and vocalist Dewey...

Slumdog Millionaire
Jamal Malik is an impoverished Indian teen who becomes a contestant on...

Those Happy Days
Set in 1992, a manager Vincent has to run a children's holiday camp fo...

Love Me If You Dare
As adults, best friends Julien and Sophie continue the odd game they s...

The Name of the Rose
14th-century Franciscan monk William of Baskerville and his young novi...

Polisse
Paris, France. Fred and his colleagues, members of the BPM, the Police...