Bringing the story from the pages of the graphic novels to TV, this new Netflix series aims to cast a spell about a fantastic realm. But is it dream or nightmare? 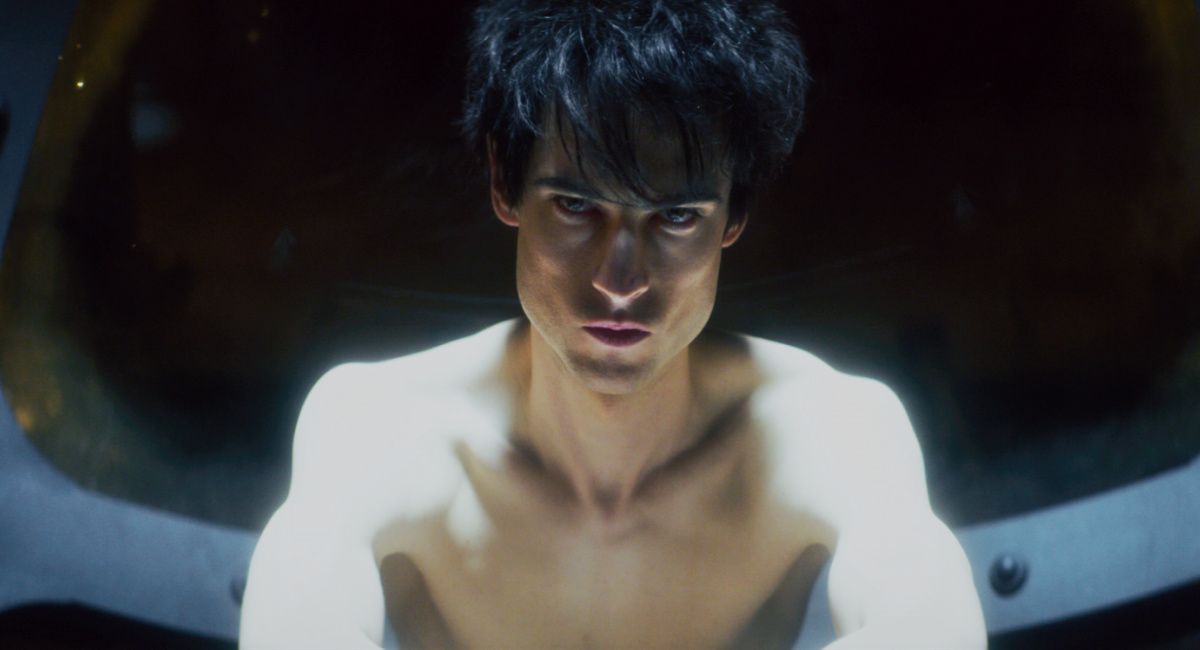 Tom Sturridge as Dream in 'The Sandman.' Photo: Courtesy of Netflix © 2021.

Arriving on Netflix August 5th, ‘The Sandman’ is the culmination of years of efforts to bring Neil Gaiman’s classic graphic novel series to screens.

Filmmakers including Joseph Gordon-Levitt (‘Inception’), Roger Avery (‘Pulp Fiction’) and Eric Heisserer (‘Arrival’) have all tried to crack the code and bring Gaiman’s story to theaters. But in all the years of trying, no one has gotten close to making it happen. And Gaiman has gone on record as saying that one or two of the scripts he’s written (not by those listed above) are among the worst he’s ever read, let alone adaptations of his work.

You can imagine, then, the pressure on the team looking to bring it to Netflix. Fortunately, Gaiman is fully involved this time, and while he isn’t running the show as he did with Prime Video’s ‘Good Omens’, he’s had a lot of say in what ends up on screen, including co-writing the first episode with fellow executive producers David Goyer and Allan Heinberg (the latter of whom took the lion’s share of the work).

And, with the longer time permitted by a season of television and the hefty budget/credibility provided by Netflix, it’s a relief to say that the show really works – for the most part, at least.

(L to R) Tom Sturridge as Morpheus / Dream and Kirby Howell-Baptiste as Death in Netflix's 'The Sandman.'

The focus of the comics’ series (co-created by artists Sam Kieth and Mike Dringenberg) is the titular Sandman, called Dream, but also known as Morpheus, among other titles. He is one of the seven Endless, a family of anthropomorphic godlike beings. The other Endless are Destiny, Death, Desire, Despair, Delirium (formerly Delight), and Destruction (also called ‘The Prodigal’).

Adapting the first couple of volumes of the comics, the show kicks off with Dream (played by Tom Sturridge) unexpectedly captured and held prisoner for over a century by magician Roderick Burgess (Charles Dance) through the use of an incantation.

Once Dream is able to finally free himself, he must journey across different worlds and timelines to fix the chaos his absence has caused.

That’s a very basic summary, especially for the sprawling source material, which has generated reams of stories and spin-offs. The show doesn’t try to squeeze everything into these initial 10 episodes, but there is plenty to see, including a trip to Hell, a convention of serial killers, a beautiful visit with one of Death’s siblings and one terrible night for the customers in a diner.

Boyd Holbrook as The Corinthian in Netflix's 'The Sandman.'

Like the comics before it, the series functions as almost a set of short stories, linked by the overarching characters of Dream, his family and various attendants/creations/humans. There’s an episodic feel to many installments, which means that if you’re not a fan of one, the next is likely to offer something you’ll enjoy instead.

Early on, the story is burdened by the need to set itself up, to introduce the world to newcomers (and not frustrate those who have feverishly consumed the comic across the years) and offer a briefing on Dream’s tough situation.

It helps that you have the likes of Charles Dance in the early going, bringing gravitas and grit to roles that could so easily be cartoonish, and if Sturridge takes a little while to warm up to playing such a tricky character as Dream, he does find his stride.

Dream could be a massive cliché, the sort of whispering goth guy who looks like a young Robert Smith (of The Cure). In Sturridge and the writers/directors’ hands, he’s a complicated, conflicted creation, rocked by his entrapment and thrown off balance by the changes to his dreaming realm upon his return.

Gwendoline Christie as Lucifer Morningstar in Netflix's 'The Sandman.'

His quest to reacquire his magical tools – a bag of sand, a helm that looks like gas mask affixed to a spine and a ruby with terrifying powers – is sometimes the least interesting story, feeling like watching someone play a video game and collect items while battling level bosses, but it’s still filled with enough of Gaiman and co.’s creativity and creatures to make it watchable.

One particularly disappointing aspect is the fourth episode, ‘A Hope in Hell’. Despite boasting ‘Game of Thrones’ Gwendoline Christie as Lucifer, it ends up a ridiculous, poorly executed (several big effects shots look like a 1990s TV drama) battle of wills where the outcome is never in doubt.

That, however, is entirely balanced out by the sixth episode, ‘The Sound of Her Wings’, which features one of ‘Sandman’s most iconic and beloved characters, Dream’s older sister Death.

Eschewing the usual cloaked skeleton or otherwise imposing figure, Gaiman instead imagines her as an impish young woman, with a cheery face and a kind word to guide humans from the land of the living to “the sunless lands” once they die. Brought to life on screen by ‘The Good Place’s Kirby Howell-Baptiste, she’s a show highlight, a charming and effusive counterpoint to Dream’s gloomy, wet-eyed meandering.

(L to R) Tom Sturridge as Morpheus / Dream and Stephen Fry as Fiddler's Green / Gilbert in Netflix's 'The Sandman.'

Yet even he gets some real moments to shine in that same episode, with the other half of the running time given over to the story of Dream’s encounters with Hob Gadling (Ferdinand Kingsley), whom he first meets in 1389. The subject of a bet between Death and Dream, Hob gets his wish to become immortal and meets Dream every hundred years in the same tavern.

We watch Hob’s fate rise and fall and Kingsley imbues him with real, deep emotion, crafting a character who watches the world change around him, sometimes using that to his advantage, other times suffering for it. It’s a magnificent performance and elevates the show around it.

Other elements to recommend include Matthew the Raven, who aids Dream in his missions. A winning combination of superb digital effects and real birds, Matthew also benefits from a charming voice performance by Patton Oswalt.

David Thewlis, meanwhile, brings pathos and cold sociopathy all at once to John Dee, whose ownership of Dream’s ruby goes very, very wrong. Thewlis is, in fact, like Kingsley, one of the actors whose performance is superior to the source material.

David Thewlis as Dr. John Dee in Netflix's 'The Sandman.'

‘The Sandman’ may never please every fan in exactly the way they hope – this is an adaptation, don’t forget – but it’s faithful where needed, spirited and fantastical. It also doesn’t shave away the more brutal ruminations on the darker side of humanity.

Faithful fans have waited many years to see the series realized; this might be as close to correct as it’s possible to get in the visual medium.

‘The Sandman’ receives 4 out of 5 stars.

(L to R) Kirby Howell-Baptiste as Death and Jenna Coleman as Johanna Constantine in Netflix's 'The Sandman.'