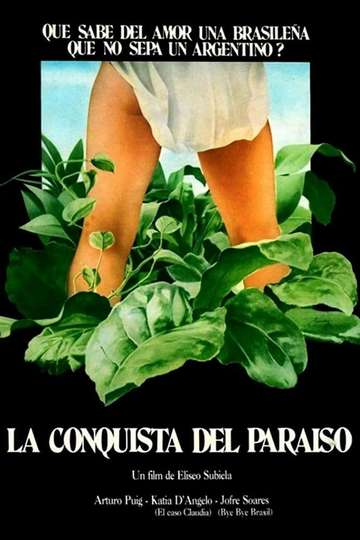 The Conquest of Paradise

TMDb Score
50
NR 1 hr 43 minDrama
Pablo (Arturo Puig) receives the news that his father, who abandoned him and his family a long time ago and was thought dead, wants to see him so he can pass all his fortune to him. Pablo goes to see his father in Brazil, expecting to inherit a large sum of money, but instead, he receives from his father a treasure map, with the promise that the map will make him rich. After the father dies, Pablo decides to go to an adventure and seek the treasure, aided by the men his father choose as companionship, and by one woman faith choose for him.
Show More
DirectorEliseo Subiela
StarringArturo PuigKÃ¡tia d'AngeloGuillermo Battaglia
Full Cast & Crew