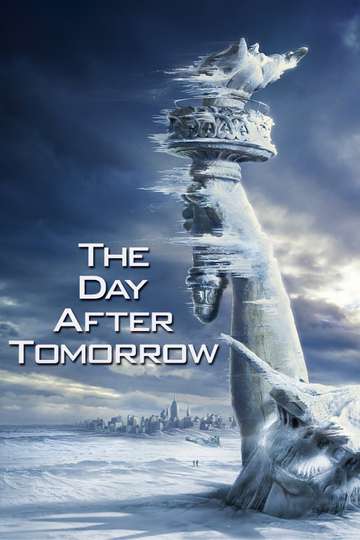 The Day After Tomorrow (2004)Stream and Watch Online

Want to watch 'The Day After Tomorrow' on your TV, phone, or tablet? Discovering a streaming service to buy, rent, download, or view the Roland Emmerich-directed movie via subscription can be tricky, so we here at Moviefone want to take the pressure off.

Read on for a listing of streaming and cable services - including rental, purchase, and subscription choices - along with the availability of 'The Day After Tomorrow' on each platform when they are available. Now, before we get into the fundamentals of how you can watch 'The Day After Tomorrow' right now, here are some specifics about the 20th Century Fox, Lions Gate Films, Centropolis Entertainment, The Mark Gordon Company, Mel's Cite du Cinema adventure flick.

Released May 28th, 2004, 'The Day After Tomorrow' stars Dennis Quaid, Jake Gyllenhaal, Emmy Rossum, Dash Mihok The PG-13 movie has a runtime of about 2 hr 4 min, and received a user score of 65 (out of 100) on TMDb, which put together reviews from 6,691 respected users.

Curious to know what the movie's about? Here's the plot: "After years of increases in the greenhouse effect, havoc is wreaked globally in the form of catastrophic hurricanes, tornadoes, tidal waves, floods and the beginning of a new Ice Age. Paleoclimatologist, Jack Hall tries to warn the world while also shepherding to safety his son, trapped in New York after the city is overwhelmed by the start of the new big freeze."

'The Day After Tomorrow' Release Dates

Jurassic Park III
"This time, it's not just a walk in the park!"
Twister
"Don't breathe. Don't look back."

Transformers: Revenge of the Fallen
"Revenge is coming."

Men in Black II
"Back in black."

The Mummy Returns
"The most powerful force on earth is about to be unleashed by the two people who should know better."
Independence Day
"Don't make plans for August."

Van Helsing
"The One Name They All Fear."

War of the Worlds
"They're already here."
Armageddon
"The Earth's Darkest Day Will Be Man's Finest Hour"

National Treasure
"The greatest adventure history has ever revealed."
The Mummy
"The legend you know. The adventure you have yet to imagine."

King Kong
"The eighth wonder of the world."

National Treasure: Book of Secrets
"The Greatest Adventure History Has Ever Revealed"