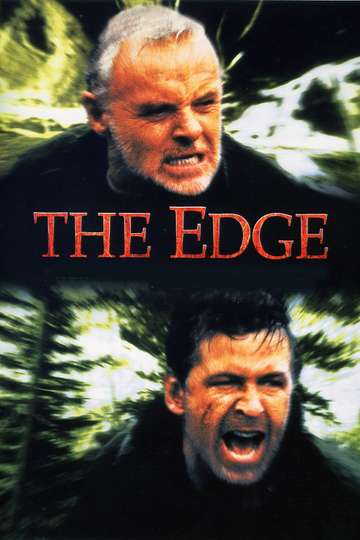 The Edge (1997)Stream and Watch Online

"They were fighting over a woman when the plane went down. Now, their only chance for survival is each other."
TMDb Score
68
R 1 hr 57 minSep 26th, 1997Action, Adventure, Drama
DirectorLee Tamahori
StarringAnthony HopkinsAlec BaldwinElle Macpherson
Movie DetailsFull Cast & CrewNews

Want to watch 'The Edge' on your TV, phone, or tablet? Finding a streaming service to buy, rent, download, or view the Lee Tamahori-directed movie via subscription can be a huge pain, so we here at Moviefone want to take the pressure off.

We've listed a number of streaming and cable services - including rental, purchase, and subscription choices - along with the availability of 'The Edge' on each platform. Now, before we get into the nitty-gritty of how you can watch 'The Edge' right now, here are some details about the The Linson Company action flick.

Released September 26th, 1997, 'The Edge' stars Anthony Hopkins, Alec Baldwin, Elle Macpherson, Harold Perrineau The R movie has a runtime of about 1 hr 57 min, and received a user score of 68 (out of 100) on TMDb, which collated reviews from 839 top users.

You probably already know what the movie's about, but just in case... Here's the plot: "The plane carrying wealthy Charles Morse crashes down in the Alaskan wilderness. Together with the two other passengers, photographer Robert and assistant Stephen, Charles devises a plan to help them reach civilization. However, his biggest obstacle might not be the elements, or even the Kodiak bear stalking them -- it could be Robert, whom Charles suspects is having an affair with his wife and would not mind seeing him dead."

Open Water
Two divers are left out at sea without a boat. There’s nothing but wat...

Malice
A tale about a happily married couple who would like to have children....

Inspector Gadget 2
After capturing Claw, all the criminals have gone into hiding until, C...

Mr. Nanny
A former pro-wrestler is hired to be the bodyguard/nanny for a couple...

Instinct
In a prison for the criminally insane, deranged anthropologist Ethan P...

Slappy and the Stinkers
Five 2nd-grade kids who don't follow strict rules by their school prin...