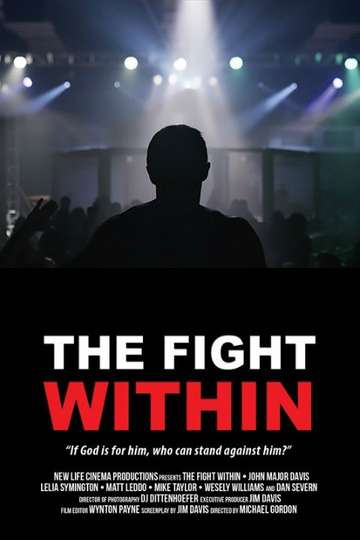 The Fight Within (2016)Stream and Watch Online

Want to watch 'The Fight Within' on your TV, phone, or tablet? Hunting down a streaming service to buy, rent, download, or view the Michael William Gordon-directed movie via subscription can be a challenge, so we here at Moviefone want to take the pressure off.

Below, you’ll find a number of top-tier streaming and cable services - including rental, purchase, and subscription choices - along with the availability of 'The Fight Within' on each platform. Now, before we get into the nitty-gritty of how you can watch 'The Fight Within' right now, here are some details about the New Life Cinema action flick.

Released August 12th, 2016, 'The Fight Within' stars John Major Davis, Lelia Symington, Matt Leddo, Mike H. Taylor The movie has a runtime of about 1 hr 34 min, and received a user score of 53 (out of 100) on TMDb, which put together reviews from 3 top users.

Want to know what the movie's about? Here's the plot: "Logan Chandler, a young MMA fighter seeks to overcome a troubled past and build a new life based on a new faith and a new found love, but is forced back into the fighting world by Hayden Dressler, a local MMA professional."

'The Fight Within' is currently available to rent, purchase, or stream via subscription on Pure Flix, and Apple iTunes .