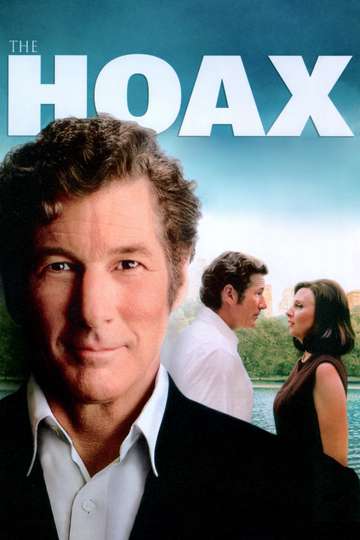 The Hoax (2007)Stream and Watch Online

Looking to watch 'The Hoax' on your TV, phone, or tablet? Discovering a streaming service to buy, rent, download, or view the Lasse Hallström-directed movie via subscription can be difficult, so we here at Moviefone want to do the heavy lifting.

We've listed a number of streaming and cable services - including rental, purchase, and subscription options - along with the availability of 'The Hoax' on each platform when they are available. Now, before we get into the nitty-gritty of how you can watch 'The Hoax' right now, here are some details about the Miramax, The Mark Gordon Company, Yari Film Group, Bob Yari Productions comedy flick.

Released April 6th, 2007, 'The Hoax' stars Richard Gere, Alfred Molina, Marcia Gay Harden, Hope Davis The R movie has a runtime of about 1 hr 56 min, and received a user score of 63 (out of 100) on TMDb, which assembled reviews from 171 top users.

You probably already know what the movie's about, but just in case... Here's the plot: "In what would cause a fantastic media frenzy, Clifford Irving sells his bogus biography of Howard Hughes to a premiere publishing house in the early 1970s."

The Holiday
"It's Christmas Eve and we are going to go celebrate being young and being alive."
13 Tzameti