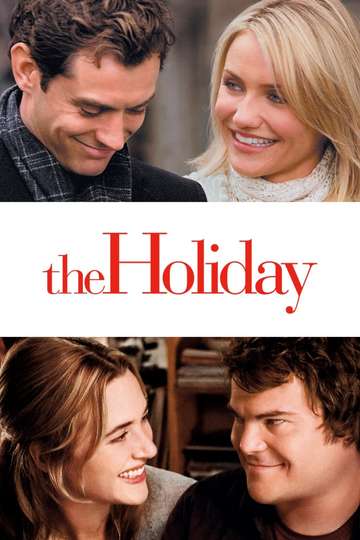 The Holiday (2006)Stream and Watch Online

Fancy watching 'The Holiday' on your TV, phone, or tablet? Finding a streaming service to buy, rent, download, or watch the Nancy Meyers-directed movie via subscription can be confusing, so we here at Moviefone want to do the heavy lifting.

We've listed a number of streaming and cable services - including rental, purchase, and subscription choices - along with the availability of 'The Holiday' on each platform when they are available. Now, before we get into the nitty-gritty of how you can watch 'The Holiday' right now, here are some specifics about the Columbia Pictures, Universal Pictures, Waverly Films, Relativity Media comedy flick.

You probably already know what the movie's about, but just in case... Here's the plot: "Two women, one from the United States and one from the United Kingdom, swap homes at Christmastime after bad breakups with their boyfriends. Each woman finds romance with a local man but realizes that the imminent return home may end the relationship."

Valentine's Day
"A Love Story. More or Less."
Pretty Woman
"She walked off the street, into his life and stole his heart."

In Her Shoes
"Friends. Rivals. Sisters."

Music and Lyrics
"Share the music with someone you love."

The Ugly Truth
"The battle of the sexes is on."

Love Actually
"Love actually is all around."

What Happens in Vegas
"Get Lucky"

50 First Dates
"Imagine having to win over the girl of your dreams... every friggin' day."

Step Up
"Every Second Chance Begins With a First Step"
Mamma Mia!
"Take a trip down the aisle you'll never forget"
How to Lose a Guy in 10 Days
"One of them is lying. So is the other."
Notting Hill
"Can the most famous film star in the world fall for the man on the street?"

Dear John
"Love brought them together. Will fate tear them apart?"

He's Just Not That Into You
"Are you the exception... or the rule?"
No Strings Attached
"Friendship has its benefits."

27 Dresses
"She's about to find the perfect fit."

The Devil Wears Prada
"Meet Andy Sachs. A million girls would kill to have her job. She's not one of them."
Bridget Jones's Diary
"Health Warning: Adopting Bridget's lifestyle could seriously damage your health."