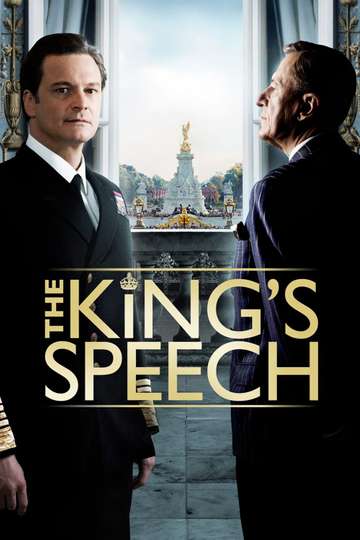 Watch on AMC Plus Looking to feast your eyes on 'The King's Speech' on your TV, phone, or tablet? Finding a streaming service to buy, rent, download, or view the Tom Hooper-directed movie via subscription can be a challenge, so we here at Moviefone want to take the pressure off.

We've listed a number of streaming and cable services - including rental, purchase, and subscription alternatives - along with the availability of 'The King's Speech' on each platform. Now, before we get into the nitty-gritty of how you can watch 'The King's Speech' right now, here are some finer points about the The Weinstein Company, UK Film Council, Momentum Pictures, Aegis Film Fund, Molinare Investment, FilmNation Entertainment, See-Saw Films, Bedlam Productions drama flick.

Released September 6th, 2010, 'The King's Speech' stars Colin Firth, Geoffrey Rush, Helena Bonham Carter, Guy Pearce The R movie has a runtime of about 1 hr 58 min, and received a user score of 77 (out of 100) on TMDb, which assembled reviews from 6,977 well-known users.

Interested in knowing what the movie's about? Here's the plot: "The King's Speech tells the story of the man who became King George VI, the father of Queen Elizabeth II. After his brother abdicates, George ('Bertie') reluctantly assumes the throne. Plagued by a dreaded stutter and considered unfit to be king, Bertie engages the help of an unorthodox speech therapist named Lionel Logue. Through a set of unexpected techniques, and as a result of an unlikely friendship, Bertie is able to find his voice and boldly lead the country into war."

Big Fish
Throughout his life Edward Bloom has always been a man of big appetite...

The Da Vinci Code
A murder in Paris’ Louvre Museum and cryptic clues in some of Leonardo...

Good Will Hunting
Will Hunting has a genius-level IQ but chooses to work as a janitor at...

The Pursuit of Happyness
A struggling salesman takes custody of his son as he's poised to begin...

The Artist
Hollywood, 1927: As silent movie star George Valentin wonders if the a...

Slumdog Millionaire
Jamal Malik is an impoverished Indian teen who becomes a contestant on...

Take a look behind the scenes of 'The Secret Garden'

The trailer for 'The Secret Garden' gives us a glimpse at a magical world.