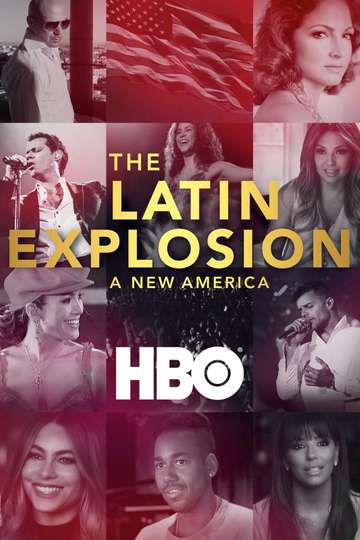 The Latin Explosion: A New America (2015)Stream and Watch Online

Looking to feast your eyes on 'The Latin Explosion: A New America' on your TV or mobile device at home? Tracking down a streaming service to buy, rent, download, or watch the Jon Alpert-directed movie via subscription can be confusing, so we here at Moviefone want to take the pressure off.

We've listed a number of streaming and cable services - including rental, purchase, and subscription options - along with the availability of 'The Latin Explosion: A New America' on each platform when they are available. Now, before we get into the various whats and wheres of how you can watch 'The Latin Explosion: A New America' right now, here are some details about the documentary flick.

Released November 16th, 2015, 'The Latin Explosion: A New America' stars John Leguizamo, Sofía Vergara, Gloria Estefan, Cheech Marin The movie has a runtime of about 1 hr 4 min, and received a user score of 83 (out of 100) on TMDb, which put together reviews from 11 well-known users.

Curious to know what the movie's about? Here's the plot: "With more than 50 million Latinos now living in the United States, Latinos are taking their seat at the table as the new American power brokers in the world of entertainment, business, politics and the arts. As Latinos’ influence in American society has soared, they have entered mainstream American culture, and the proof is in the music. Executive produced by legendary music mogul Tommy Mottola, THE LATIN EXPLOSION: A NEW AMERICA features a dazzling array of artists at the center of Latino cultural power and influence, including Marc Anthony, Emilio Estefan Jr., Gloria Estefan, José Feliciano, Eva Longoria, George Lopez, Jennifer Lopez, Los Lobos, Cheech Marin, Ricky Martin, Rita Moreno, Pitbull, Romeo Santos, Shakira, Thalía and Sofía Vergara. Narrated by John Leguizamo."

'The Latin Explosion: A New America' is currently available to rent, purchase, or stream via subscription on DIRECTV, and HBO Max .

Murder-Set-Pieces
"Warning: Shocking. Controversial. Horrific."
Tag
"When you know you're dying, you better get to living."
Intermedio
"In the caves of Mexico... The dead bury the living."
Jennifer Lopez: The Reel Me
Jennifer Lopez - iHeartRadio Music Festival

Everybody Wants to Be Italian
"When it come to love, it's always better to be Italian."
Pennies
"How far would you go for your child?"
Jennifer Lopez - iHeartRadio Music Festival
Jennifer Lopez: Dance Again
Sasquatch Mountain
"Believe the legend."
Skin: A History of Nudity in the Movies
J. Lo: Let's Get Real
"Follow the story of one of the most talented and successful women in showbiz. The real Latina diva, Jennifer Lopez."
Jennifer Lopez: Feelin' So Good
Jennifer Lopez: All I Have
Complacent
"It's A Very Comfortable Place To Live..."
The United Monster Talent Agency
Seven Mummies
"Greed never dies."
The Work Wife
Bring Me the Head of Lance Henriksen
MoniKa
Jennifer Lopez: Let's Get Loud