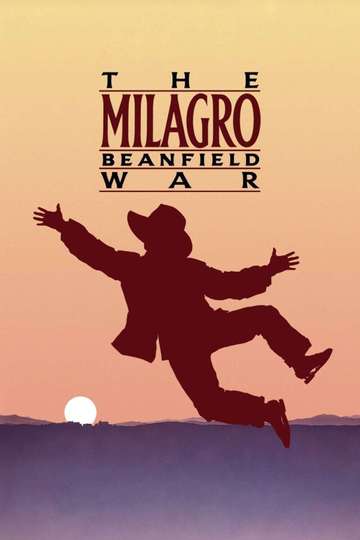 Want to watch 'The Milagro Beanfield War' on your TV, phone, or tablet? Discovering a streaming service to buy, rent, download, or view the Robert Redford-directed movie via subscription can be challenging, so we here at Moviefone want to do right by you.

We've listed a number of streaming and cable services - including rental, purchase, and subscription choices - along with the availability of 'The Milagro Beanfield War' on each platform when they are available. Now, before we get into the fundamentals of how you can watch 'The Milagro Beanfield War' right now, here are some details about the Universal Pictures fantasy flick.

Released March 18th, 1988, 'The Milagro Beanfield War' stars Rubén Blades, Richard Bradford, Sônia Braga, Julie Carmen The R movie has a runtime of about 1 hr 57 min, and received a user score of 65 (out of 100) on TMDb, which collated reviews from 67 knowledgeable users.

You probably already know what the movie's about, but just in case... Here's the plot: "In Milagro, a small town in the American Southwest, Ladd Devine plans to build a major new resort development. While activist Ruby Archuleta and lawyer/newspaper editor Charlie Bloom realize that this will result in the eventual displacement of the local Hispanic farmers, they cannot arouse much opposition because of the short term opportunities offered by construction jobs."