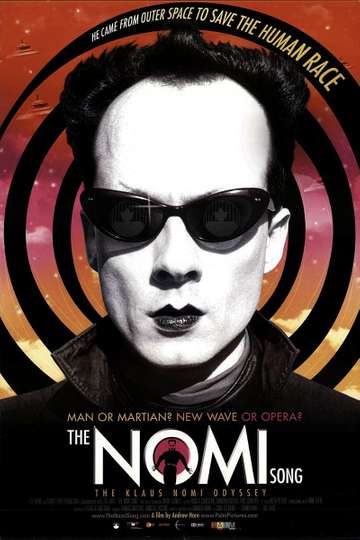 Yearning to watch 'The Nomi Song' on your TV or mobile device at home? Finding a streaming service to buy, rent, download, or view the Andrew Horn-directed movie via subscription can be challenging, so we here at Moviefone want to do the heavy lifting.

Below, you'll find a number of top-tier streaming and cable services - including rental, purchase, and subscription options - along with the availability of 'The Nomi Song' on each platform when they are available. Now, before we get into the fundamentals of how you can watch 'The Nomi Song' right now, here are some finer points about the ARTE, CV Films, Cameo Filmproduktion, Filmstiftung Nordrhein-Westfalen, ZDF music flick.

Released October 8th, 2004, 'The Nomi Song' stars Ann Magnuson, Joey Arias, Calvin Churchman, Gabriele Lafari The movie has a runtime of about 1 hr 38 min, and received a user score of 73 (out of 100) on TMDb, which collated reviews from 14 well-known users.

Curious to know what the movie's about? Here's the plot: "Looks like an alien, sings like a diva - Klaus Nomi was one of the 1980s' most profoundly bizarre characters to emerge through rock music: a counter tenor who sang pop music like opera and brought opera to club audiences and made them like it. The Nomi Song is a film about fame, death, friendship, betrayal, opera, and the greatest New Wave rock star that never was!" .

tick, tick... BOOM!
"How much time do we have to do something great?"

Trouble
"From the silk sheets... to the mean streets..."