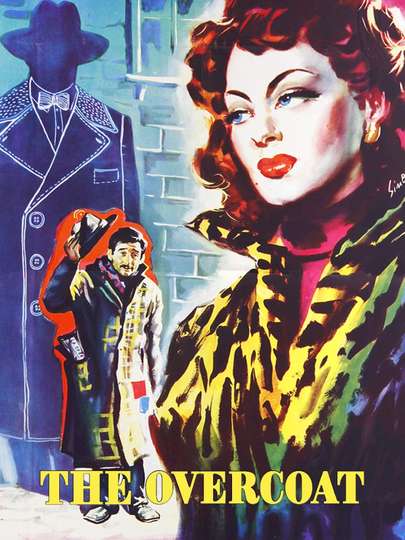 TMDb Score
68
NR 1 hr 41 minOct 7th, 1953Comedy, Drama, Fantasy
The classic Nicolas Gogal fable The Overcoat is given a European flavor by Italian filmmaker Alberto Lattuada; some consider the film to be Lattuada's best "psychological study." Comedian Renato Rascel plays a nebbishy nobody who spends his life-savings on a fancy overcoat. Suddenly, the nobody becomes a somebody, proving beyond doubt that clothes make the man. And then one day, the overcoat is stolen...Fleshing out the short-but-bittersweet Gogol original are several colorful new characters, including a publicity-hungry small-town mayor, played by Giulio Stival. The background music was composed by director Lattuada's wife Felice. American prints of Il Cappato are missing a so-called "naughty" telephone exchange between the mayor and his silken mistress.
Show More
DirectorAlberto Lattuada
StarringRenato RascelYvonne SansonGiulio Stival
Movie DetailsWhere to WatchFull Cast & Crew