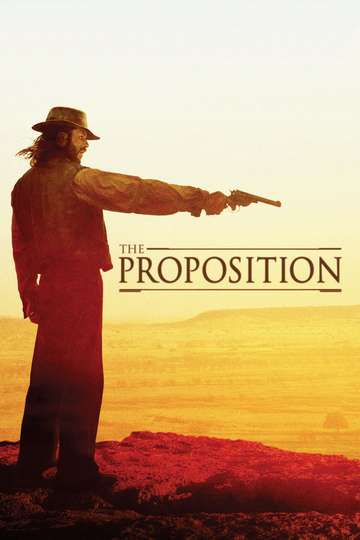 The Proposition (2006)Stream and Watch Online

Want to behold the glory that is 'The Proposition' in the comfort of your own home? Tracking down a streaming service to buy, rent, download, or view the John Hillcoat-directed movie via subscription can be a huge pain, so we here at Moviefone want to do the work for you.

Read on for a listing of streaming and cable services - including rental, purchase, and subscription options - along with the availability of 'The Proposition' on each platform when they are available. Now, before we get into the nitty-gritty of how you can watch 'The Proposition' right now, here are some specifics about the Autonomous, UK Film Council, Surefire Film Productions, Pictures in Paradise, Pacific Film and Television Commission, Film Consortium, National Lottery through UK Film Council drama flick.

Released June 9th, 2006, 'The Proposition' stars Guy Pearce, Ray Winstone, Danny Huston, John Hurt The R movie has a runtime of about 1 hr 44 min, and received a user score of 71 (out of 100) on TMDb, which collated reviews from 502 knowledgeable users.

You probably already know what the movie's about, but just in case... Here's the plot: "In 1880s Australia, a lawman offers renegade Charlie Burns a difficult choice. In order to save his younger brother from the gallows, Charlie must hunt down and kill his older brother, who is wanted for rape and murder. Venturing into one of the Outback's most inhospitable regions, Charlie faces a terrible moral dilemma that can end only in violence."

Buck and the Preacher
"The fight was against the raiders... but the feud was between themselves!"
An Evening with Kevin Smith 2: Evening Harder
Vigilante
"You're not safe anymore..."
Who's Harry Crumb?
"Nerves of steel. Body of iron. Brain of stone."
Miami Blues
"Real badge. Real gun. Fake cop."
Night Moves
"Maybe he would find the girl... maybe he would find himself."
Conan O'Brien Can't Stop
Sweet Country
"Justice itself is put on trial"
An Evening with Kevin Smith
"Silent Bob Speaks."
Night of the Living Dead: Live from Wisconsin - Hosted by Mark & Mike
Kevin Smith: Burn in Hell
Kevin Smith: Silent but Deadly
"I'm dying up here!"
Loose Cannons
Mister Johnson
"Africa 1923: A clash of cultures between British imperalists and a black man too smart for his own good."
Delirious
"A comedy about a soap opera writer who's typing without a ribbon."
Obsession
"A bizarre story of love."
Auto Focus
"A day without sex is a day wasted."
Red 11
"The new $7,000 film from Robert Rodriguez"
Artie Lange: The Stench of Failure
The Amazing Screw-On Head
"Put the screw to villainy."
Adam Devine: Best Time of Our Lives