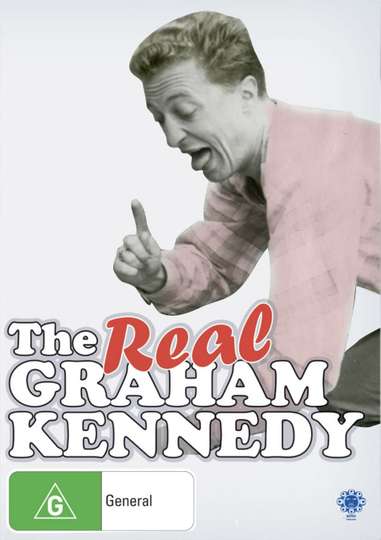 NR 1 hr 30 minDocumentary
TV history will reveal that there were two Graham Kennedys â€“ the funny, somewhat irreverent & controversial one who inhabited our living rooms for so many years â€“ and the other, an intensely private, shy but affable man who talks for the first time in this brand new documentary tribute about his childhood, the early days in radio & TV, and his thoughts on life, marriage and death. His friends, colleagues, fellow performers, housekeeper, driver etc, all talk about the real Graham Kennedy they knew â€“ utilising rare footage not previously seen on Australian television â€“ with wonderful memories from Denise Drysdale, Rosemary Margan, philip Brady, Stephen Curry, Mike McColl-Jones and many more. This is not just another re-hashed TV special â€“ but a new, rare insight into the boy from Balaclava â€“ who became the undisputed â€œKing of Australian Televisionâ€. produced by Bob phillips, one of the producers from Kennedyâ€™s break-thru Channel 9 program â€˜In Melbourne Tonightâ€™
Show More
StarringGraham Kennedy
Full Cast & Crew

Graham Kennedy
as Himself