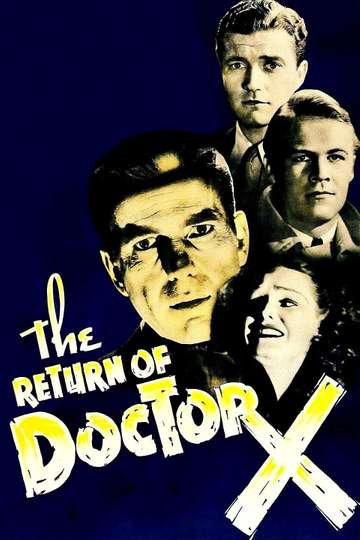 "HE ROSE FROM THE DEAD...TO HAUNT THE LIVING!!!"
TMDb Score
61
NR 1 hr 2 minNov 23rd, 1939Mystery, Horror, Thriller, Science Fiction
Dr. Francis Flegg , a specialist in blood disease and research, has been assisted in recent months by a mysterious fellow named Marshall Quesne who is extremely pale, with a streak of white hair. Newspaperman Garrett following the disappearance of an actress, whom he claims he saw was dead, turns up alive again, making Garrett look foolish. But he slowly becomes suspicious of Quesne and Flegg.
Show More
DirectorVincent Sherman
StarringHumphrey BogartRosemary LaneWayne Morris
Where to WatchFull Cast & Crew

The Return
BIFA-nominated psychological thriller. “Everyone’s got a secret, somet...

No Deposit, No Return
Two rich children devise a way to escape their grandfather and visit t...

Return to Babylon
Scandals and pratfalls abound in this satirical and sexy look at the s...