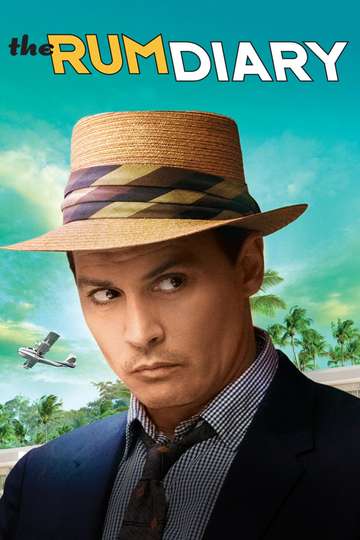 "One part outrage. One part justice. Three parts rum. Mix well."
TMDb Score
59
R 2 hrOct 27th, 2011Comedy, Drama
Tired of the noise and madness of New York and the crushing conventions of late Eisenhower-era America, itinerant journalist Paul Kemp travels to the pristine island of Puerto Rico to write for a local San Juan newspaper run by the downtrodden editor Lotterman. Adopting the rum-soaked lifestyle of the late ‘50s version of Hemingway’s 'The Lost Generation', Paul soon becomes entangled with a very attractive American woman and her fiancée, a businessman involved in shady property development deals.  It is within this world that Kemp ultimately discovers his true voice as a writer and integrity as a man.
Show More
DirectorBruce Robinson
StarringJohnny DeppAmber HeardAaron Eckhart
Where to WatchFull Cast & CrewNewsBuy DVD

'The Stand' TV Series Is Getting a New Ending and Adds James Marsden, Amber Heard

Secret Window
Mort Rainey, a writer just emerging from a painful divorce with his ex...

Arizona Dream
An Innuit hunter races his sled home with a fresh-caught halibut. This...

Almost Thirty
Hilarious romantic comedy which main essence is based on the maturatio...

The Imaginarium of Doctor Parnassus
A traveling theater company gives its audience much more than they wer...

Vestido nuevo
This is the story of Mario, an 8 year old boy, who comes to his class...

The Ninth Gate
An all-expenses-paid international search for a rare copy of the book,...

The Astronaut's Wife
When astronaut Spencer Armacost returns to Earth after a mission that...