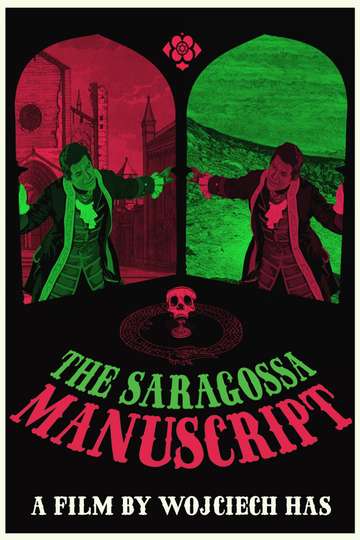 TMDb Score
78
NR 3 hr 3 minApr 6th, 1972Drama, Fantasy, Comedy, Mystery
In the Napoleonic wars, an officer finds an old book that relates his grandfather's story, Alfons van Worden, captain in the Walloon guard. A man of honor and courage, he seeks the shortest route through the Sierra Morena. At an inn, the Venta Quemada, he sups with two Islamic princesses. They call him their cousin and seduce him; he wakes beside corpses under a gallows. He meets a hermit priest and a goatherd; each tells his story; he wakes again by the gallows. He's rescued from the Inquisition, meets a cabalist and hears more stories within stories, usually of love. He returns to Venta Quemada, the women await with astonishing news.
Show More
DirectorWojciech Has
StarringZbigniew CybulskiIga CembrzyńskaElżbieta Czyżewska
Movie DetailsFull Cast & Crew

Die Hard: With a Vengeance
New York detective John McClane is back and kicking bad-guy butt in th...

Elite Squad
In 1997, before the visit of the pope to Rio de Janeiro, Captain Nasci...

Braveheart
Enraged at the slaughter of Murron, his new bride and childhood love,...

District 9
Thirty years ago, aliens arrive on Earth. Not to conquer or give aid,...

A Clockwork Orange
In a near-future Britain, young Alexander DeLarge and his pals get the...

Jaws
When an insatiable great white shark terrorizes the townspeople of Ami...