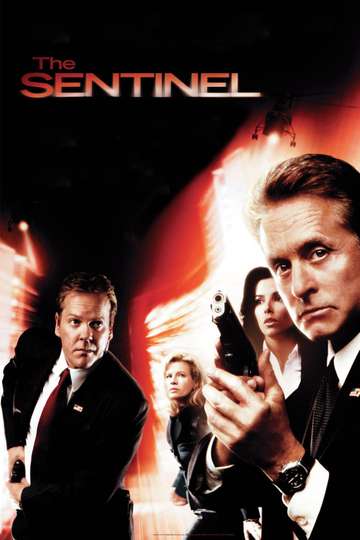 The Sentinel (2006)Stream and Watch Online

Need to watch 'The Sentinel' on your TV or mobile device at home? Discovering a streaming service to buy, rent, download, or watch the Clark Johnson-directed movie via subscription can be challenging, so we here at Moviefone want to help you out.

We've listed a number of streaming and cable services - including rental, purchase, and subscription choices - along with the availability of 'The Sentinel' on each platform when they are available. Now, before we get into the various whats and wheres of how you can watch 'The Sentinel' right now, here are some details about the 20th Century Fox, Dune Entertainment, Major Studio Partners, Regency Enterprises, Epsilon Motion Pictures, New Regency Pictures, Sentinel Productions, Furthur Films action flick.

Released April 21st, 2006, 'The Sentinel' stars Michael Douglas, Kiefer Sutherland, Eva Longoria, Martin Donovan The PG-13 movie has a runtime of about 1 hr 48 min, and received a user score of 60 (out of 100) on TMDb, which collated reviews from 630 experienced users.

Firewall
"Nothing Is More Dangerous Than A Man With Everything To Lose."
The Score
"There are no partners in crime."

Rendition
"What if someone you love... just disappeared?"

The Good Shepherd
"The untold story of the most powerful covert agency in the world."

The Astronaut Farmer
The Art of War
"Who is your foe?"

Cellular
"If the signal dies so does she."
High Crimes
"Everything you trust. Everything you know. May be a lie..."
The Quiet American
"In war, the most powerful weapon is seduction."
Black Rain
"Their country. Their laws. Their game. His rules."
Bad Company
"Two Mismatched Partners. One Messed Up Case!"

Poseidon
"Mayday"
The Package
"He's one man racing against time to stop the most explosive conspiracy in history."

Suspect Zero
"Who's next?"
The Recruit
"Trust. Betrayal. Deception. In the C.I.A. nothing is what it seems."
City by the Sea
"When you're searching for a killer... the last suspect you want to see is your son."

Two for the Money
"How much will you risk?"