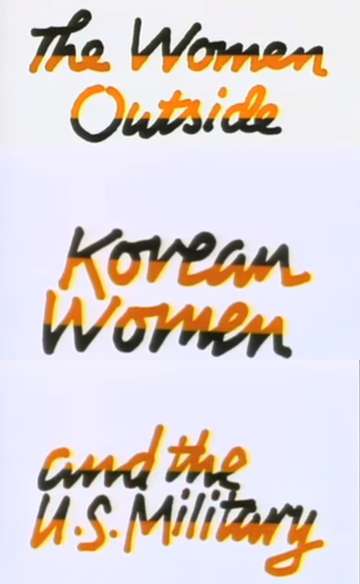 NR 1 hrJul 16th, 1996Documentary
They're called bar women, hostesses, or sex workers and "western princesses." They come from poor families, struggling to earn a decent wage, only to be forced into the world's oldest profession. They're the women who work in the camptowns that surround U.S. military bases in South Korea. In 40 years, over a million women have worked in Korea's military sex industry, but their existence has never been officially acknowledged by either government. In The Women Outside, a film by J.T. Orinne Takagi and Hye Jung Park, some of these women bravely speak out about their lives for the first time. The film raises provocative questions about military policy, economic survival, and the role of women in global geopolitics
Show More
DirectorsJ.T. TakagiHye Jung Park