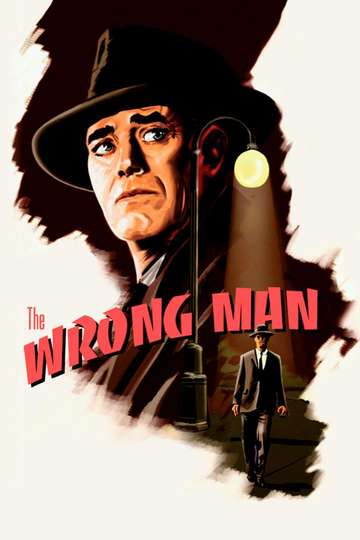 Yearning to watch 'The Wrong Man' in the comfort of your own home? Tracking down a streaming service to buy, rent, download, or view the Alfred Hitchcock-directed movie via subscription can be a huge pain, so we here at Moviefone want to do the heavy lifting.

We've listed a number of streaming and cable services - including rental, purchase, and subscription alternatives - along with the availability of 'The Wrong Man' on each platform when they are available. Now, before we get into the fundamentals of how you can watch 'The Wrong Man' right now, here are some details about the Warner Bros. Pictures crime flick.

You probably already know what the movie's about, but just in case... Here's the plot: "In 1953, an innocent man named Christopher Emmanuel "Manny" Balestrero is arrested after being mistaken for an armed robber."

I Confess
"If you knew what he knew what would you do?"
Saboteur
"Unmasking The Man Behind Your Back!"
Sabotage
"… A bomb plot … A killing … Justice"
Suspicion
"In his arms she felt safety...in his absence, haunting dread!"
Shadow of a Doubt
"What horror did her secret life hold… that made her dread this man of her dreams?"
The Trouble with Harry
"The UNEXPECTED From HITCHCOCK!"
Lifeboat
"Six men and three women - against the sea, and each other!"
To Catch a Thief
"WANTED by the police in all the luxury-spots of Europe!... A catch for any woman!"
Old Joy
Young and Innocent
"A romantic murder-mystery drama!"
Stage Fright
"Love held its breath as sudden terror held the stage!"
Onoda: 10,000 Nights in the Jungle
Under Capricorn
"Mystery, murder and passion from the master of suspense!"
The Man Who Knew Too Much
"Knowledge can be a deadly thing."
Frenzy
"Just an ordinary necktie used with a deadly new twist."
Blackmail
"Hold everything till you've heard this one!"
The Paradine Case
"The dramatic case of a beautiful woman whose trial for murder held the nation spellbound."
Strangers on a Train
"It starts with a shriek of a train whistle... and ends with shrieking excitement!"
Marnie
"Only Alfred Hitchcock could have created so suspenseful a sex mystery!"
The Lodger: A Story of the London Fog
The Man Who Knew Too Much
"A little knowledge can be a deadly thing!"